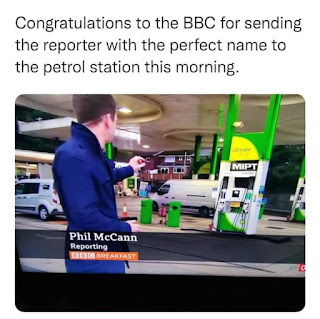 I spoke at a business luncheon gig in Manchester last week and although many folk are moaning about the new vaccination passports that are now deemed necessary for travel abroad and entrance into nightclubs, one of the guests informed me that he thought that they would be very good for his business. When I asked him what business he was in, he replied: “I print vaccine passports....”

In a rare moment of reflection, the missus sez to me: “Do what you love and the money will follow.” So when she went to work, I ordered a 12 inch pepperoni and mushroom pizza, drank a half bottle of fine Argentinean Malbec, had a bet on a horse called Chunky Monkey that was running in the 2-30 at Haydock, followed by a snooze in the afternoon and then took lots of selfies with all my dogs. Now I wait.... 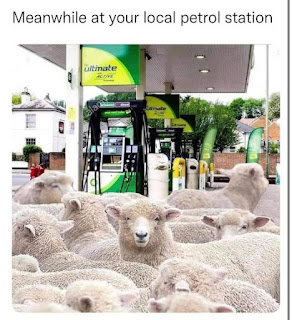 Life! It’s the way the mop flops. Just last week, my horoscope informed me that there was a ton of money coming my way. That very afternoon, I got run over by a Securicor van. Spooky, or what? It is what it is...

It’s par for the course. The week beforehand, I was run over by a mobile library. As I was screaming in pain and anguish in the gutter, the geezer came out of the library and went: “Shhhhh!”

Q) Which Spice Girl can panic buy the most petrol? 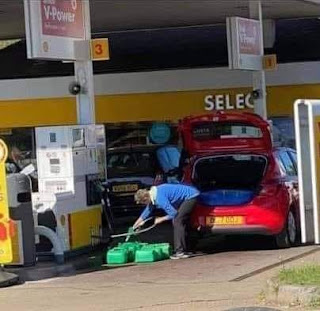 It was so sad seeing all those imbeciles panic buying fuel in the early hours of the morning, it was quite emotional. I couldn’t pass this debacle without filling up.

When there was a water shortage, we were advised to put a brick in the lavvy cistern to conserve precious H20. Trying to get one in my petrol tank is nigh on impossible!

I honestly don’t expect the generation of today to pay for my care in old age. I’ve already paid for it myself by working constantly since the age of 15 years old! 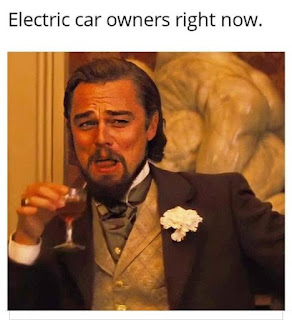 Last night, I phoned the suppository helpline. They were so rude! I cannot repeat the advice they gave me in a family newspaper, so you’ll have to use your imagination!

I was in butchers shop in London and a cockney woman came in and asked for panda sausages. I thought they were a protected species. However, I wonder what they taste like? 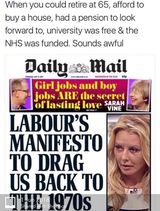 I was stranded on the M67 last week, when a huge lorry shed its load of paper, pencils and rubbers. The north bound side was closed for five hours and everything was stationery.

Apparently a Tory red top newspaper has declared that if we dare to vote Labour, then we will be going back to the 1970’s. Look what’s happening now. It’s going to be a tough winter.

A mate of mine wants to know why people keep putting "asking for a friend" on their Facebook statuses. 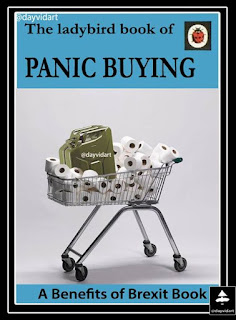