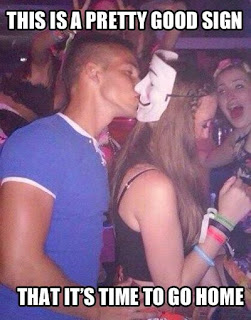 When I was a kid, adults used to bore me to tears with their tedious diatribes about how hard things were, when they were growing up.What with walking ten miles to school every morning. Uphill and barefoot… BOTH ways. Yawn! How could it be uphill both ways?

And I remember promising myself that when I grew up, there was no way in hell I was going to lay a bunch of crap like that on my kids about how hard I had it and how easy they’ve got it!

But now that I’m over the ripe old age of 50, I can’t help but look around and notice the youth of today.

You’ve got it so easy! I mean, compared to my childhood, you live in a land of milk and honey! And I hate to say it, but you young ‘uns today, you don’t know how good you’ve got it!

I mean, when I was a kid we didn’t have the interweb. If we wanted to know something, we had to go to the bleedin’ local library and look it up ourselves, in the index card box!

There was no email!! We had to actually write somebody a letter – with a pen!

Then you had to walk all the way across the street and put it in the post box and it would take, like, a week to get there! Stamps were 5 pence apeice!

Social Services didn’t give a rats hoo-haa if our parents gave us an ‘ear warmer’. As a matter of fact, the parents of all my friends also had permission to kick the shit out of us! Nowhere was safe!

There were none of them there iPods, iPhones, iTunes gubbins If you wanted to steal music, you had to schlep down to the record shop and shoplift it yourself!

Or you had to wait around all day to tape it off the radio and that Tony Blackburn would usually talk over the beginning and ruin it with one of his bobbins jokes! There were no CD players or iPods! We had tape decks in our car. We’d play our favorite tape and “eject” it when finished and the tape would unravel. Because – that’s how we rolled. Geddit?

We didn’t have fancy technology like call waiting! If you were on the phone and somebody else called they got an engaged tone and that was that!

And we didn’t have the luxury of Caller ID either! When the phone rang, you had no idea who it was! It could be your school, your mum, your boss, your bookie, your drug dealer, a bailiff, you just didn’t know!!! You had to pick it up and take your chances, dude! That’s if you had a phone! WE had to use semaphore!

We didn’t have any state-of-the-art Sony Playstation or X-Box 360 video games with high-resolution 3-D graphics! We had the Atari 2600! With games like ‘Space Invaders’ and ‘Asteroids’. Your guy was a little square! You actually had to use your imagination!! And there were no multiple levels or screens, it was just one screen… forever! And you could never win. The game just kept getting harder and harder and faster and faster until you died! Just like LIFE!

You had to use a little magazine called a TV Times to find out what was on! You were screwed when it came to channel surfing! What with TWO flamin’ channels! You had to get off your arse and walk over to the TV to change the channel! It was BBC or ITV. AND NO REMOTE CONTROL!!

There was no Cartoon Network either! You could only get cartoons on Saturday Morning. Do you hear what I’m saying!?! We had to wait ALL WEEK for cartoons, you SPOILT LITTLE RAT BASTARDS!!

And we didn’t have microwaves, if we wanted to heat summat up we had to use the stove! Imagine that! NO DINGBOX!

That’s exactly what I’m talking about! You kids today have got it too easy. You’re spoiled. You little arseholes wouldn’t have lasted five minutes back in 1970 or before! 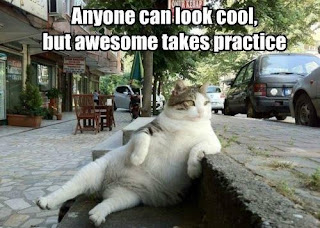 Posted by austin knight at 07:54 No comments: 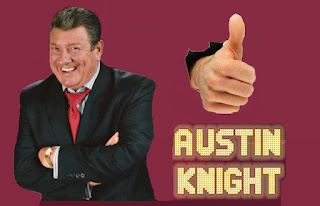 The school phoned me today and sez, "Your son's been telling lies again and has to do detention." I replied, "Well, tell him he's very good - I ain't got a son!"

I can win an argument on any topic, against any opponent. People know this, and steer clear of me at parties. Often, as a sign of their great respect, they don't even invite me. 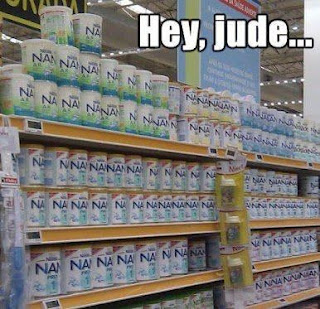 The sweater I got for Christmas kept picking up static electricity so I took it back to the shop and exchanged it for another one, free of charge...

Breaking News: Medical researchers have announced today that they have discovered a hitherto unknown malady, known as Gubbins Syndrome, which has no symptoms whatsoever. It is impossible to detect and has no known cure. Fortunately, no cases have been reported as yet....

The wife and I went to see a marriage guidance councillor last Tuesday. He asked if I knew what her favourite flower was. I held her hand and looked lovingly into her eyes and replied, "I know this one, it's Homepride isn't it?" 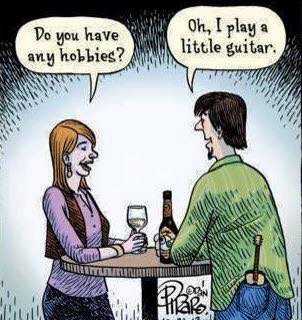 I've recently conducted some research into the effect alcohol has on physical movement.
The results were, quite frankly, staggering! There’s one thing I can’t stand when I’m drunk. Up!


I met a homeless man sitting on a bench; I asked him how he ended up this way. He said: "Up until last week, I still had it all. I had a roof over my head, three meals a day, my clothes were washed and pressed, I had TV, internet, I went to the gym every day, the library, even school if I wanted." I asked him, "What happened? Drugs, alcoholism, divorce?" "Oh no! Nowt like that." he exclaimed. “I just got out of prison..."

Have you ever possessed an overwhelming desire to stand in the centre of the living room and just whizz around in circles, but hesitated, because you were concerned that you'd get quite dizzy? Of course you have. Haven't we all? Visit my website www.ComedianUK.com and never worry about getting dizzy if you assume a comical position and strike da pose!    You can follow me on www.twitter.com/comedianuk Now, get back to work! 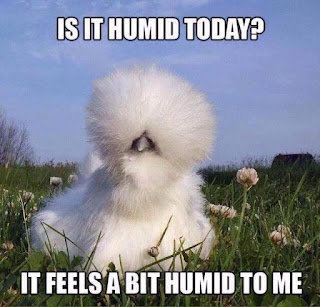 Posted by austin knight at 07:21 No comments: