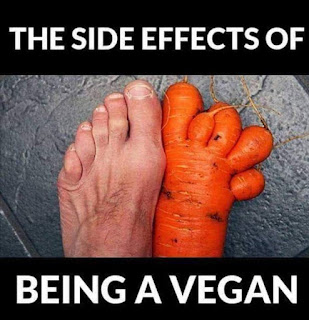 Some of these young whippersnappers treat their respective partners and Apple iPhones in very much the same manner. When they get a brand new one, it's all they can think about, consuming their entire animate existence by wanting to play with it all the time and cannot imagine not being with it on a constant basis. Then after about a year or so, it's still there and a part of their everyday life, but they'll start getting a tad bored with it and start thinking about other newer and more state-of-the art units. After seeing their peers go through several futuristic generations, they'll compare models and decide whether to stick with the one they already have, or get an upgrade. Some folk even keep their old one knocking around for a bit because it does things that the new one doesn't do, but once the new model accomplishes these tasks, then the old one becomes a thing of the past. Up the Apps! Technology, doncha just love it!

If you've ever lost your iPhone, take solace in the thought that maybe, just maybe, a large family of mice have now acquired a giant flat-screen TV. 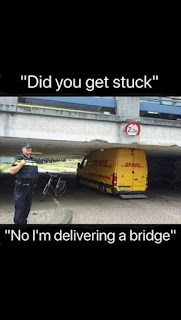 Oh folly folly! I put my brand new iPhone under the pillow last night and went to kip. When I awoke, it had disappeared and a pound coin was in its place. Could this have been the Bluetooth fairy? 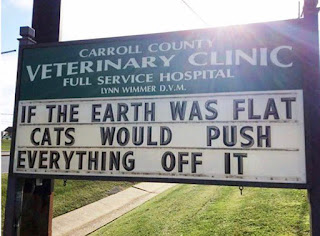 There was a spotty precocious youth sat on the back pew in the church at a funeral. He was talking into his iPhone, bemoaning the fact that 'funerals were boring' and 'there's no flamin’ Wi Fi in this church', when the priest approached him and proclaimed:" You are an ignorant imbecile, show some respect!" The scrote gazed at the priest and asked: "Is that all lower case, mate?"

The good news is that you are allowed more than 15 laughs a day! Go ahead and double the dose and make it 30 times today. (You may begin to notice your relationships improving!) Then double it again! You are bound to feel better, you will cope with problems more effectively and people will enjoy being around you. 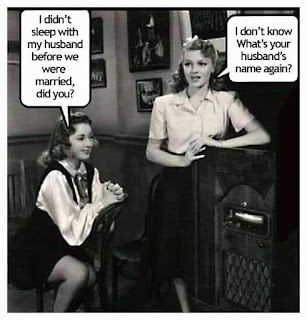 Visit my website: www.ComedianUK.com and click on my Jokey-Bloggington, if this made you chortle, which is my ultimate goal, then share your laughter with your friends and family. Laughter: it's good medicine, it's completely organic, it can be shared, it is recyclable and it's absolutely free! 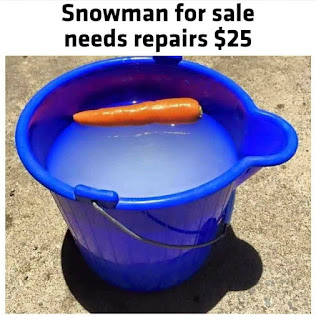 Posted by austin knight at 05:33 No comments: 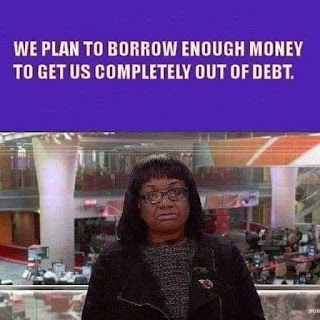 Dianne Abbott has voiced her disapproval following the announcement that the general election is to be held on December 12th. " I can't believe they are holding it on Easter Sunday" she added.

Hey Pollsters, listen up! Don't bother asking 16 and 17 year olds which way they would vote. Half of ‘em can't decide which way a baseball cap should be worn, or indeed whatever gender they are. I’m a thin person who was born into a fat person’s body. I’m Translender.. 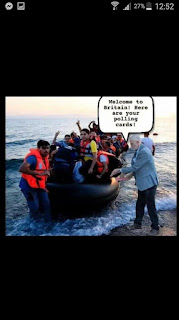 Non-Stick Nora has been trying to find a suitable partner on internet sites for the last few years, without success, she is quite perturbed that Brexit has had more dates than her during this time! 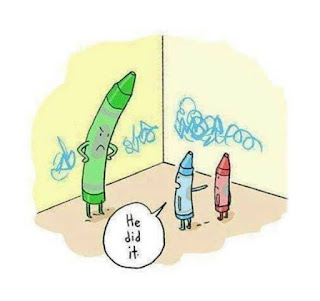 The missus is really kind and considerate. It doesn’t matter what unearthly hour I roll in the early hours of the morning, she’ll wait up for me, just to tell me what time it is!

Sometimes, the wife possesses an infantile persona. For instance, I was watching Peppa Pig yesterday morning and the missus casually sauntered in and turned off the telly. How childish is that?

We keep a potato masher in the kitchenette drawer, because sometimes it’s fun not being able to open that particular drawer...

I have just been reading two Midlands newspapers that are serialising Charles Dickens’s novel, ‘A Tale of Two Cities.’ It was The Bicester Times, it was The Worcester Times.

While cooking a pasta Bolognese for dinner last night, I inadvertently got herbs in my eyes. I am now parsley sighted, but still need thyme to go to the cornea shop and grope some pasta, because I’m feeling Cannelloni at the moment. Nurse, fetch the screens! 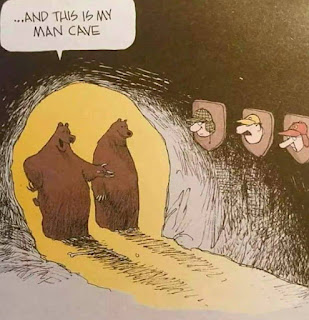 The police want to interview me. To be honest, I don't remember applying for a job. Unless it had summat to do with when I inappropriately touched Angelina Jolie yesterday! I think there are a couple of things you really should know. She really does have the most gropeable derriere on the planet. However, the staff at Madam Tussauds are a miserable bunch, who possess no sense of humour whatsoever! 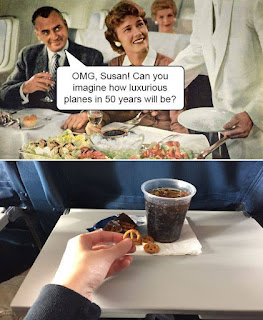 Thought for Thursday: Every day is an adventure when you're incompetent. 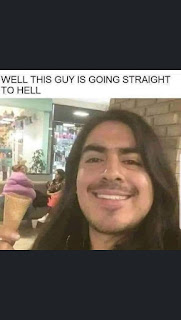 The accounts described in this gloppy column are merely recollections of the author, and may or may not represent actual occurrences or involve those named in the text, such as Non-Stick Nora and Barmy Albert. Any resemblance to real people is entirely deliberate, and in accordance with apocryphal law, accounts that are undisputed more than three minutes after this newspaper is printed become incontrovertible truths. Visit my Jokey-Blog via: www.ComedianUK.com. You can email me: comedianuk@sky.com Now, behave yourself and get back to work! 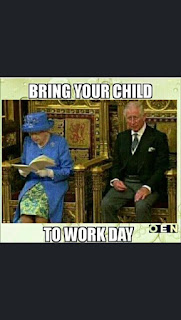