The Tom Jones Guide to Genetics.... 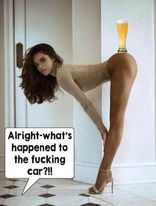 It’s been mooted that Boris will extend the lockdown for another month because of a new variant, namely the Mexican Wave. Apparently, no Juan will see it coming! Just when there was light at the end of the tunnel, Boris orders more tunnel.

Top Tip: If a Jehovah’s Witness knocks on your door, just knock back from the inside and they’ll go away.

A woman went to A & E at the local hospital, where she was seen by a young new doctor. After about two minutes in the examination room, the doctor told her she was pregnant. She burst out of the room and ran down the corridor screaming. An older doctor stopped her and asked what the problem was; after listening to her story, he calmed her down and sat her in another room. Then, the doctor marched down the hallway to the first doctor's office. "What the hell's wrong with you?" he demanded. "This woman is 63 years old, she has two grown children and several grandchildren, and you told her she was pregnant!" The new doctor continued to write on his clipboard and without looking up said: "Does she still have the hiccups? I’m hoping they find a cure for hiccups. However, I’m not holding my breath!

What’s the difference between a house and a home? A house is what you live in; a home is where your kids want to send you.

The times they are a changin’! When I was young, I was very poor. Now, after many years of hard work, I am no longer young. Moreover, I have learned a lot from the mistakes of people who took my advice.

I spotted this notice on a farm gate. ‘The farmer allows ramblers to cross this field for free, but the bull charges.’ The only thing that’s worse than a bull that doesn’t like you is one that does. The farmer told me that he had 57 sheep and could I round them up for him. I replied:    “Yeah. Call it 60....” 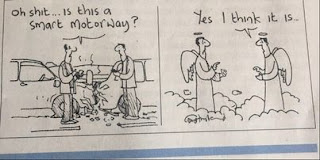 Chester Zoo was given the go-ahead to reopen, after thousands of furloughed flamingos put their foot down.

Sometimes, you meet someone and you know from the first moment that you want to spend your whole life without them.

Barmy Albert was at a job interview when the boss handed him his Apple iPad and sez, "I want you to try and sell me this." So Albert bunged it in his rucksack, sprinted out of the place, went to The Pit-bull and Stanley Knife pub and ordered himself a pint of Farquarharsons Old and Filthy Best British Bitter Beer. The boss phoned Albert’s mobile and angrily shouted, "Bring that iPad back here immediately!" Barmy Albert replies, "£250 and it's yours, matey!"


Life is akin to a party. You invite loads of people, some leave really early, whereas many stay all night long, some laugh with you, some laugh at you, and some show up very late. But in the end, after the fun, there are a few who stay to help you clean up the shambles. Generally, they aren’t even the ones who created all the turmoil. These people are not just your true friends in life. They are the only ones that matter. I am your friend and you can visit my website 24/7. Just clickety-click on www.ComedianUK.com. You can email me: comedianuk@sky.com. Now, get back to work! 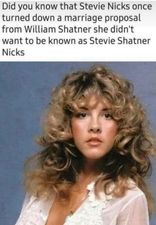 Posted by austin knight at 06:17 No comments: 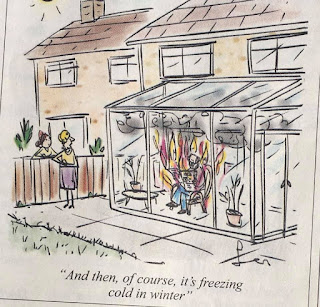 Boris has decreed that he is extending the roadmap from June 21st to 5th July and that we can only visit any countries that voted for us in the Eurovision Song Contest! Whitby here we come. Wahay! Staycations all round!

Boris was visiting an old folk’s home purely as a publicity stunt to show how sympathetic he was to the Covid problem in the elderly. He went up to nonagenarian Elsie Grabknuckle, who was in a wheelchair and sez: - “Do you know who I am?” “No, I don’t” she replied “but if you ask Matron, she will tell you.”

Oi! All you Millennials! If you think that you’re smarter than the previous generation, then think again! Fifty years ago, the owner’s manual of a car showed you how to adjust the valves. Nowadays, it warns you not to drink the contents of the battery! That’s coz you can’t fix stupid!

Last weekend, I visited a horrible pub called The Fiddle. It really was a vile inn.... 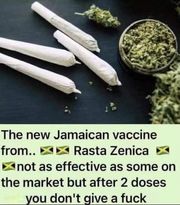 Barmy Albert bought Non-Stick Nora a dozen pair of knickers that were on sale cheap up Scropton Street pound shop. They were all the same colour. Nora opined: “Why all the same colour? Folks will think I don’t ever change my panties!” Albert replied “Which folks?”

A mechanic owned a dog called ‘Mace’. Mace had a habit of eating all the grass on the mechanics lawn, so the mechanic had to keep the canine inside. The grass eventually became overgrown. One day, the mechanic was working on a car in the backyard and accidentally dropped his wrench in the long grass. He couldn’t find it and it was getting dark, so he decided to call it a day. That night, Mace escaped from the house and promptly devoured all the grass in the backyard. The very next morning, the mechanic went outside and spotted his wrench glinting in the early morning sunlight. Upon realising what had occurred, he gazed up to the heavens and proclaimed: “A grazing Mace, how sweet the hound that saved a wrench for me!” I’m here all week, folks!

The missus asked me what would stop the stairs creaking. Apparently, Weightwatchers was the incorrect answer. She fell downstairs last week and I thought Eastenders was starting!


Top Tip: If you’re being chased by a pack of taxidermists, do not play dead!

The missus didn’t order anything from Amazon yesterday, so the UPS bloke knocked on our door to check she was okay.

Fascinating Fact: A dozen, a gross and a score plus three times the square root of four, divided by seven, plus five times eleven, is nine squared and not a bit more....

Have you ever wished for a clean and shine polishing product that would shift the canker from a rabid armadillo’s snout and make it really gleam? Yes? Then you need to get yourself a Lifebuoy! Reorganize your priorities, firstly visit my website www.Comedian.ws, it ain't gonna hurt, is it? 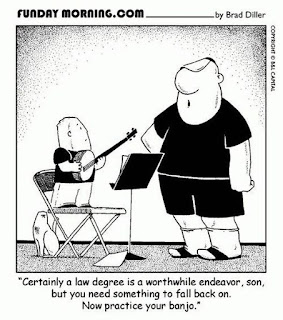 Posted by austin knight at 09:03 No comments: 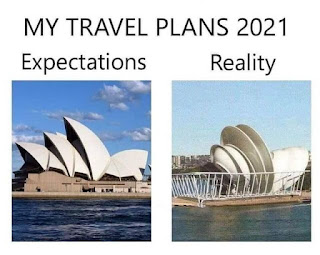 Breaking: Worrying number of people with the Portuguese variant coming through Manchester Airport. Symptoms to look out for : Blue nose and a face like a slapped derriere.

Dominic Cummings reckons that Matt Hancock has made between 15 and 20 mistakes during the pandemic and that he has many faults. Hancock should come clean and admit it. If I had any faults I would admit it. Luckily, I don’t have any.

People from the Netherlands are Dutch, but are native to Holland. They don't speak Hollandish or Netherese. It's all double Dutch to me. Non Stick Nora isn’t a Duchess, but she has got a face like a Norse. Moreover, I've just been reading that, by law, you have to have your headlights on when it's raining in Sweden. This has got me thinking. "Who the hell is going to let me know when it's raining in Sweden?" Or was it Swindon? I’m not sure now, but it is raining, so it is. Furthermore, if you have just handled a Swedish bank note, could you contract the Krona virus? It’s all so confusing! 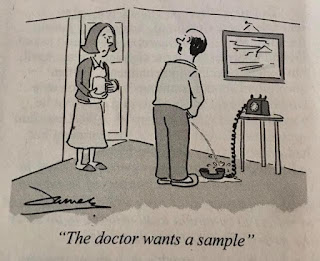 In order to raise much needed funds, the British Eczema Association have launched a scratch card. I’m itching to buy one, but don’t want to make a rash decision.

I came home yesterday, only to find the missus stood in the garden while the fire brigade extinguished the flames in our kitchenette. I sez to the wife, "Why on earth didn't you phone me?" "What could you have done?" she opined. I replied, "Well, I could have gone to Wetherspoons and got summat to eat there." That’s when the fight started!

Thought for Thursday: When you swim up a creek and an eel bites your cheek, that's a moray...

I read an article about using vodka for cleaning around the house and it worked a treat! The more vodka I drank, the cleaner the house looked. Try it folks!

Yesterday, I had a day out and went to visit the Air and Space Museum. There was nothing there! It was just all air and space. It was so disappointing. Then to compound an already unfortunate farrago, I ventured to the zoo. There was nothing there, except for one mangy dog. It was a Shih Tzu. I’ve decided that I’m staying in today. Quarantine isn’t so bad after all... 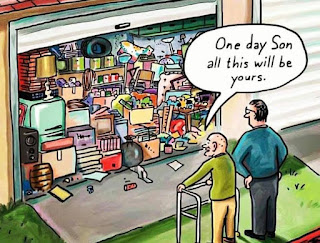 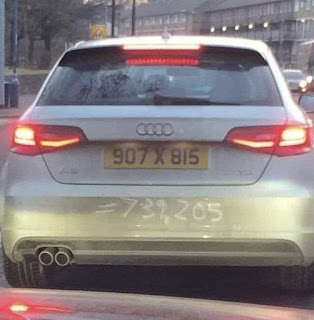