Carnival Legend ~ Up The Baltics!! 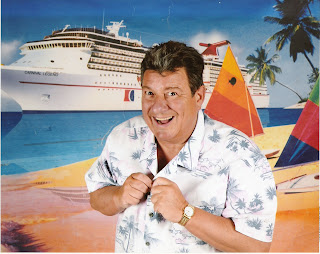 Currently working in the Punchliner Comedy Club, with George Lopez on board the magnificent Carnival Legend.  This week we are up the Baltics! We flew via Manchester to Hamburg, then after a three hour taxi drive boarded the vessel at Warnemunde, then on to Helsinki, followed by St Petersburg (Russia) disembarking at Tallinn (Estonia) today.

With hindsight, I should have taken a winter coat.  Twas sunny in Helsinki though, so I stayed on board and did a bit of sun-baking.  Had the ship to myself all morning!

Primarily an all-American audience, but probably 10% British on this particular voyage.  We were very well received, despite the language barrier and the club was packed both nights.  Yet another 2500 satisfied customers! Back again on this cruise on 6th July, which is the day after my birthday.  Don't send prezzies, please send the money instead.  I was going to have a tattoo for my birthday, but decided against it, because I only have a small garden and thought the neighbours might complain about the bagpipes.... 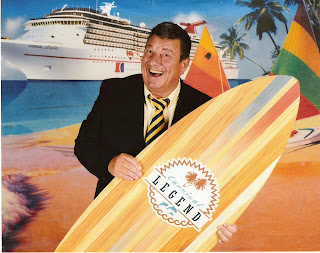 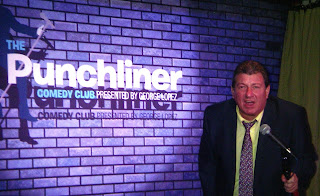 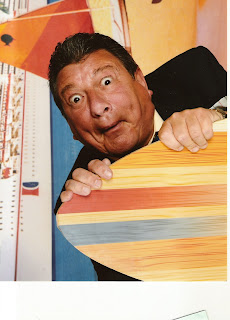 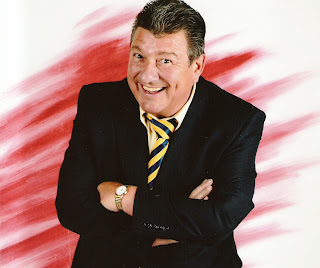 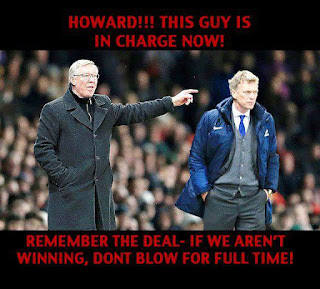 I reckon it's all an indirect form of taxation! I got £100 fine and three points for driving too close to the car in front.  I thought this was rather unfair, as I was being towed by the RAC at the time.

A woman from New York was driving through a remote part of Wyoming when her car broke down.An American Indian on horseback came along and offered her a ride to a nearby town. She climbed up behind him on the horse and they rode off.
The ride was uneventful, except that every few minutes the Indian would let out a Ye-e-e-e-h-a-a-a-a' so loud that it echoed from the surrounding hills.
When they arrived in town, he let her off at the local service station, yelled one final 'Ye-e-e-e-h-a-a-a-a!' and rode off.
"What did you do to get that Indian so excited?" asked the service-station attendant.
"Nothing," the woman answered. "I merely sat behind him on the horse, put my arms around his waist, and held onto the saddle horn so I wouldn't fall off."
"Lady," the attendant said, "Indians don't use saddles."


A wife comes home late at night, and quietly opens the door to her bedroom.
From under the blanket she sees four legs instead of two.
She reaches for a baseball bat and starts hitting the blanket as hard as she can.

Leaving the covered bodies groaning, she goes to the kitchen to have a drink.
As she enters, she sees her husband there, reading a magazine.

"Hi Darling", he says, "Your parents have come to visit us,
so I let them stay in our bedroom.
Did you say, "hello"?