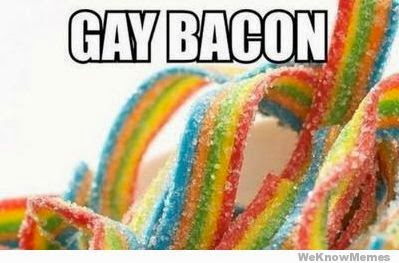 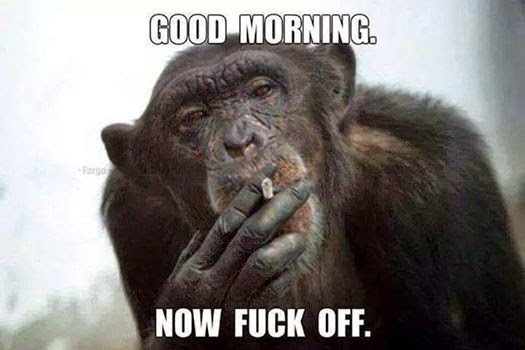 Posted by austin knight at 04:05 No comments: 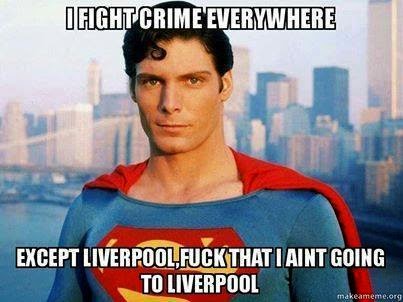 Pinocchio, Snow White, and Superman are out for a stroll in town one day. As they walk, they come across a sign:

"Beauty contest to find the most beautiful woman in the world.."

"I am entering" said Snow White.

After half an hour she comes out and they ask her, "Well, how'd ya do?"

"Contest to find the strongest man in the world.."

After half an hour he returns and they ask him,

" Came First Place ," answers Superman. "Did you ever doubt it?"


"Contest! Who is the greatest liar in the world?"

Pinocchio enters. After half an hour he returns with tears in his eyes.

"What happened?" they asked.

"Who the fuck is OSCAR PISTORIOUS?" asked Pinocchio.... 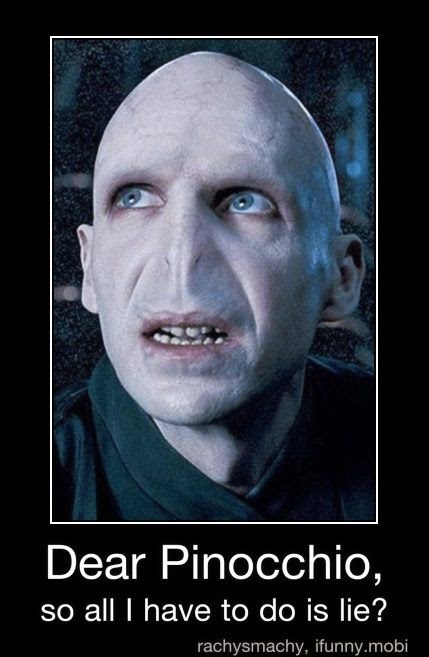 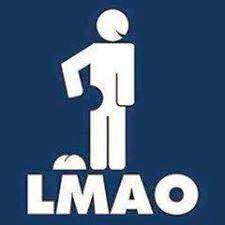 2. We all love to spend money buying new clothes but we never realise that the best moments in life are enjoyed without clothes.

3. Having a cold drink on hot day with a few friends is nice, but having a hot friend on a cold night after a few drinks - PRICELESS!

4. Breaking News: Condoms don't guarantee safe sex anymore. A friend of mine was wearing one when he was shot dead by the woman's husband, who came home early.

5. Arguing over a girl's bust size is like choosing between Stella Artois, Heineken, Carlsberg or Budweiser. Men may state their preferences, but will grab whatever is available.

I ain't verified these two on Google, but they sound kosher…

You know your children are growing up when they stop asking you where they came from, and refuse to tell you where they're going.  Moreover, a recent study found that women who carry a little extra weight live longer than the men who mention it.... 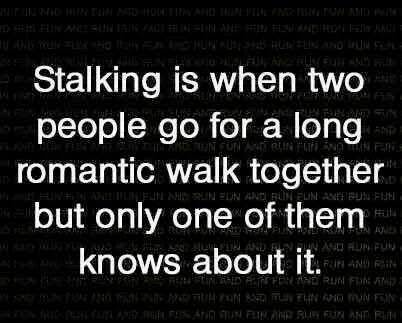 Posted by austin knight at 03:41 No comments: 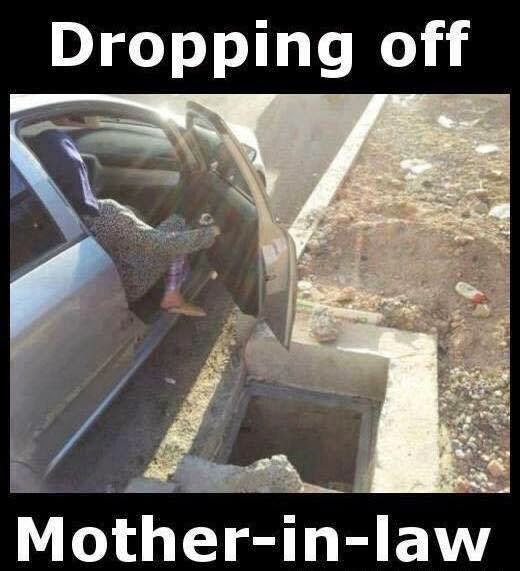 You’ll always miss 100% of the shots you fail to take, and statistically speaking, 99% of the shots you do take. On that basis, is a leading authority anyone who has guessed right more than once? So where does this leave Nick Clegg? If he listened to himself more often, he would talk less.

Apparently, Happy Harry Hooper was in Crown Court for allegedly raping a six foot tall Latvian lady of the night. Although Harry stands only 4'2" tall. The judge said, 'As I understand, the offence was committed in a standing position....Forgive me, but how did he reach?'...The lady said, 'He used a bucket, M'Lord.'....The judge replied, 'But surely, you could have kicked the bucket away?'.....She answered, 'He put the bucket on my head and swung from the handle.'


When I picked up the wife’s Ford Escort from the service station after an MOT inspection, I paid £75 by cheque. A few days later, I came home from work to find the missus (or Jurassic Park in Knickers, as I lovingly refer to her) quite upset. She gave me the silent treatment. “What’s wrong?” I asked, “if you don’t know, then I’m not gonna tell you” came the caustic reply. She had noticed the cheque stub, on which I had written ‘Escort Service’.

Last night, I was much annoyed by a mole that was digging up the garden, toward
the house, leaving a trail of mounds. So I went outside with the jet wash and
endeavoured to flush the errant mole out of its ginnel. As I began the task, I overheard my daughter, Nellie (17), saying, "There goes me Dad again, making fountains out of mole hills."

A man was driving home, after having left his office late. Ordinarily, that
wouldn’t have bothered him, but today was his first wedding anniversary. To add insult to injury, when he looked in his rear view mirror, what did he see? Flashing blue lights, a policeman was pulling him over for speeding. He explained to the copper why he was rushing home, to be with his wife on their first anniversary. Rather than let him off, the officer wrote out the ticket, handed it to him, and said, "Congratulations. The first year is paper, right?"

No matter how hard Barmy Albert tries, any plant he has attempted to propagate seems to wither and die an excruciating death. But he never gives up hope. While Non-Stick Nora was visiting recently, she pointed to a line of new plants placed by the kitchen window. "Look," she whispered, "death row."

I phoned train enquiries and said "What is the use of having a train timetable, if
the trains are constantly late?" The laconic reply from the person at the other end of the phone was, "How would we know they were late, if we didn’t have a timetable?"

Having a green thumb doesn’t necessarily mean you are a good gardener. You
could simply be a lousy painter; moreover, the tallest blade of grass is the first to be cut by the lawnmower. So visit my website www.ComedianUK.com and lighten up!

Posted by austin knight at 03:32 No comments:

APHORISM: (“A short, pointed sentence that expresses a wise or clever observation or a general truth”). 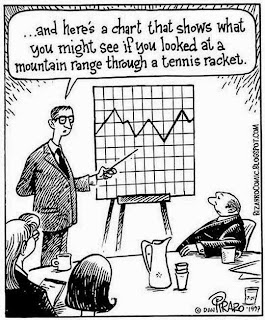 1. The nicest thing about the future is that it always starts tomorrow.


2. Money will buy a fine dog but only kindness will make him wag his tail.


4. Seat belts are not as confining as wheelchairs.


5. A good time to keep your mouth shut is when you're in deep water.


6. How come it takes so little time for a child who is afraid of the dark to become a teenager who wants to stay out all night?


7. Business conventions are important because they demonstrate how many people a company can operate without.


8. Why is it that at class reunions you feel younger than everyone else looks?


9. Stroke a cat and you will have a permanent job.


10. No one has more driving ambition than the teenage boy who wants to buy a car.


11. There are no new sins; the old ones just get more publicity.


12. There are worse things than getting a call for a wrong number at 4 a.m. - for example, it could be the right number.


15. Be careful about reading the fine print there's no way you're going to like it.


16. The trouble with bucket seats is that not everybody has the same size bucket.


17. Do you realise that, in about 40 years, we'll have thousands of old ladies running around with tattoos?


18. Money can't buy happiness but somehow it's more comfortable to cry in a Cadillac than in a Ford.


20. Always be yourself because the people that matter don't mind and the ones that mind don't matter. 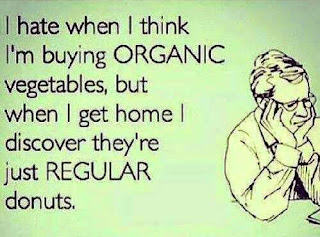 Posted by austin knight at 03:21 No comments:

Distasteful Jokes, so they are... 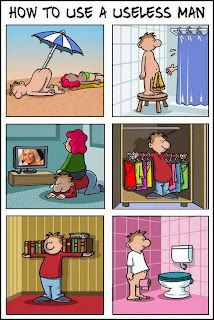 A famous showbiz celebrity once told me that " It is very rude to ask a female her age."  Wise words they were, from Stuart Hall.

My grandad gave me some sound advice on his deathbed..
"It’s worth spending money on good speakers," he told me.

A woman brings eight-year-old Johnny home and tells his mother that he was caught playing doctors and nurses with Mary, her eight-year-old daughter.
Johnny’s mother says, "Let’s not be too harsh on them…. they are bound to be curious about se*x at that age."
"Curious about se*x?" replies Mary’s mother. "He’s taken her fu*cking appendix out!"

My wife being unhappy with my mood swings brought me one of these mood rings so she could monitor my mood.
We discovered that when I am in a good mood it turns green and when I am in a bad mood it leaves a big fuc*king red mark on her forehead
.
A family are driving behind a garbage truck when a dildo flies out and thumps against the windscreen.
Embarrassed, and to spare her young son’s innocence, the mother turns around and says, "Don’t worry; that was an insect."
To which, her son replies, "I’m surprised it could get off the ground with a co*ck like that."

I was walking in a cemetery this morning and seen a bloke hiding behind a gravestone. I said "morning."
He replied, "No, just having a sh*it."

Disabled toilets.
Ironically, the only toilets big enough to run around in.

Police have finally admitted they got it wrong in the shooting of Jean Charles de Menez.
It was his naughty brother Dennis they were after.

I met a 14 year old girl on the internet. She was clever, funny, flirty and se*xy, so I suggested we meet up.
She turned out to be an undercover detective.
How cool is that at her age?!

I was reading in the paper today about this dwarf that got pickpocketed.
How could anyone stoop so low?

I was at a cash machine when an old lady walked up and asked me to help her check her balance.
So I pushed her over.

I just saw that Harry Potter film. A bit unrealistic if you ask me. I mean, a ginger kid, with two friends? 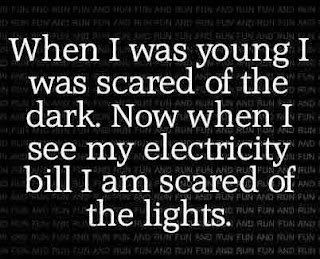 Posted by austin knight at 01:01 No comments: