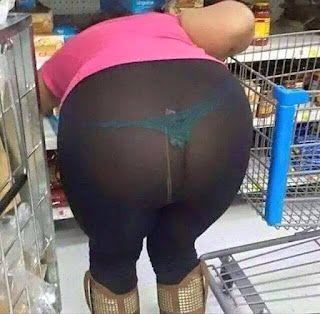 Although Non Stick Nora’s dog was a female and ‘on heat', she mistakenly agreed to look after her neighbour`s male hound while they were on holiday. She firmly believed that she could keep the two dogs apart. However, as she was drifting off to sleep, she heard awful howling sounds, rushed downstairs and found the dogs in flagrante and in obvious distress, as so frequently occurs when canines become inflamed and effervescent. Unable to separate them, and perplexed as what to do to remedy this unfortunate farrago. Although it was late, she called the vet, who answered in a very grumpy voice. Having explained the problem to him, the vet said, "Hang up the phone and place it down alongside the dogs. I will then ring you back and the noise of the phone ringing will make the male mutt lose all interest and he will then go downstairs and have a drink." "Do you seriously think that will work?" Nora asked. “Well, It just worked on me," the vet replied. 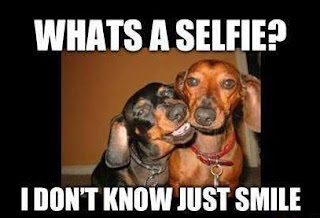 Thought for Thursday: I just found out, my ultra-sensitive toothpaste doesn't like it when I use other toothpastes.

Barmy Albert had to appear in court as a witness to a road traffic accident last week. The magistrate asked Albert who he thought was to blame for the head-on collision that occurred. Albert thought for a minute and said, “Well as far as I could tell, I think they both hit each other at exactly the same time.”

I've been really busy. I’m trying to organize a hide and seek tournament, but good players are really hard to find. 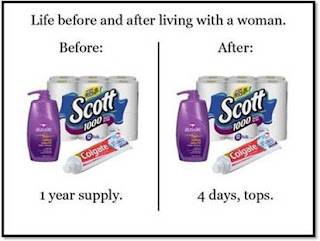 An elderly octogenarian couple had dinner at another couple's house and after eating, the wives left the table and disappeared into the kitchenette. The two old gentlemen were talking, and one said, “Last night we went out to a new restaurant and it was really great. I would recommend it very highly.” The other man said, “What is the name of the restaurant?” The first man thought and thought and finally sez: “What is the name of that flower you give to someone you love? You know.... The one that's red and has thorns.” “Do you mean a rose?” “'Yes, that's the one!” Exclaimed the old bloke. He then turned towards the kitchenette and shouted: “Rose, what's the name of that restaurant we went to last night?” 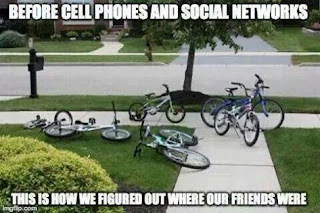 Last weekend, I invited a mate back home for dinner. The missus screamed, "I've not done my hair, not done my make-up, I ain’t done any housework, not done the dishes and I can't be bothered with cooking! What the hell did you bring him back here for?" With all the dignity that I could muster, I sez: "Because he's thinking of getting married." 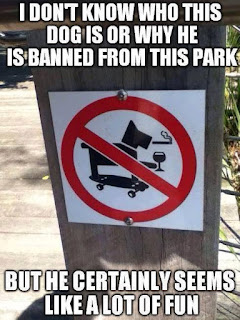 Yesterday, I passed by a bloke who appeared to have parked his car in a ditch by the side of the road. I was utterly amazed and wondered how he could sleep with the horn blaring so loudly like it was. Some folk are just pots for rags. 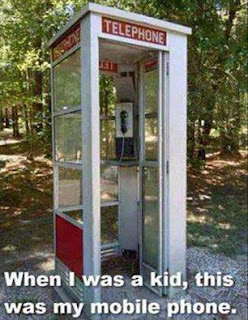 Posted by austin knight at 03:30 No comments: 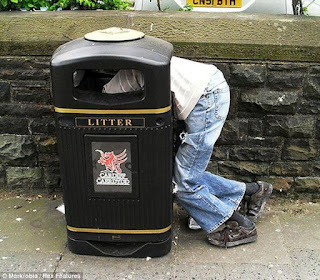 Putin has hired a glass bottom boat so he can inspect his navy’s flagship. He still maintains that the Ukrainians didn’t sink the vessel. It was a special underwater military operation.

When you’re on Facebook, it asks: ‘What are you thinking?’ Twitter asks ‘What are you doing?’  Google always asks where I am.  I must confess, I reckon that the internet has turned into my missus.

I've applied for a job hanging mirrors. It's summat I can see myself doing.

Barmy Albert was languishing in The Pitt Bull and Stanley Knife pub and deposited a £1 coin in the fruit machine.  The machine spat it out and a voice from within it shouted: “You’re a right ugly moose, you are and ya breath smells putrid!”  He stepped backwards in utter shock and staggered to the bar and there was a bowl of nachos, as he nibbled on one, a voice from inside the bowl pronounced:”May I say that you’re very well dressed and you look 20 years younger than your actual age!”  He told all this to Ethel the barkeep and Ethel told him: “Sorry about that, Albert, the nachos are complimentary, whereas the fruit machine is out of order...”

I’m totally committed to consuming only locally sourced food and drink.  Luckily, I live between an off-licence and a pie shop. Furthermore, I identify as an obese alcoholic. 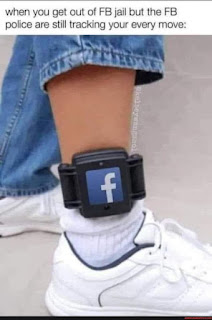 I visited the off-licence on Easter Sunday while out on my bicycle and purchased a bottle of brandy and placed it in the basket on the bicycle. Upon analysing the situation, I decided that if I inadvertently fell off the bike, then the bottle would get smashed, so I drank all the brandy afore I cycled back home. It was an excellent decision, because I fell off my bicycle sixteen times (or thereabouts!) on my return journey.

I walked into the pie shop and complained to the manageress, "I've just bought a meat and potato pie from you, I took just one bite and three teeth fell out!" "Maybe you bit down a tad too hard?" she replied. I sez: "They're not my flamin’ teeth!”

I'm suffering from paranoid dementia. I can't remember who I don't trust...

If Aliens looked down from their spaceship and witnessed us humans picking up dog poo, then who would they think are the dominant species? Moreover, a dog is a man’s best friend, whereas diamonds are a girl’s best friend.  It’s all so unfair!

Timing has an awful lot to do with the outcome of a rain dance. However, a wider window of opportunity can be obtained during Easter and Bank Holiday Monday on any year.

Non-Stick Nora called me a bone idle wastrel when she came to my house yesterday. On a more positive note and definitely on the plus side, she took down the Christmas tree and all the tinselly decorations.

A helium atom walks into a bar. The barman says, "We don't serve noble gases here."  The atom didn't react. 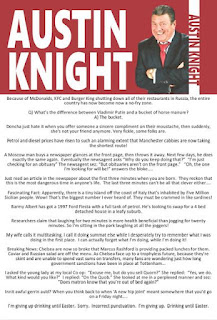 Posted by austin knight at 00:57 No comments: 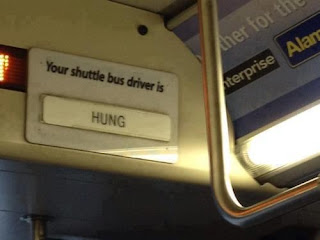 What with all the kerfuffle of staff shortages and outbreaks of Covid, things are really bad at Manchester Airport. One lady actually collapsed on the baggage carousel. An airport spokesman said: “She is coming round very slowly.”

The missus opined: “Why are you watching Ru Pauls Drag Race? I thought you hated it!” With all the dignity that I could muster, I sez: “It ain't Ru Paul. It’s Ladies day at Aintree Racecourse.”


Barmy Albert hated being a bus driver. Some of the passengers were so rude, he found it difficult to tolerate any of them. He confided in me that he used to look in the mirror and see all the passengers and muttered to himself: “You’re all a load of cretins!” Then he would tap the brakes twice, so that they’d all nod in agreement. Isn’t life grand when you’re doo-lally!

I was up Scropton Street languishing in my local pub The Pitt Bull and Stanley Knife and was playing chess with Non-Stick Nora. She sez: “Let’s make this more interesting.” So we stopped playing chess...

If you’re in a boring conversation and looking to escape, then just take off one off your socks and hand it to the person talking... 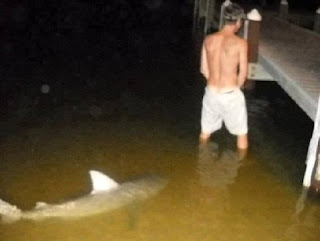 Fascinating Fact: Hank Marvin is fed up of folk offering him a sandwich every time he introduces himself.

The missus was livid when I rolled in at 6am in the morning, paralytic drunk. Not only had she changed the lock on the front door, she’d changed the street name as well!

In the world of matrimony, one single rule applies: MAKE THE WOMAN HAPPY!
Do something she likes and you get points. Do something she dislikes, and points are subtracted. You don't get any points for doing something she expects. Sorry, that's the way the game is played. Here is a non-exhaustive guide to the point system: HER BIRTHDAY You take her out to dinner. (+2) You take her out to dinner, and it's not a sports bar. (+3) Okay, it's a sports bar. (-2) And its all-you-can-eat night. (-3) It's a sports bar, it's all-you-can-eat night, and your face is painted the colours of your favourite team. (-10)

The taxi driver spouted inane drivel from the moment he picked me up. A barrage of unrelenting addlepated blather assaulted my hearing holes. He informed me: “I just love my job. I’m self-employed. I’m my own boss and nobody tells me what to do.” I said to him, “Next left here, mate.” 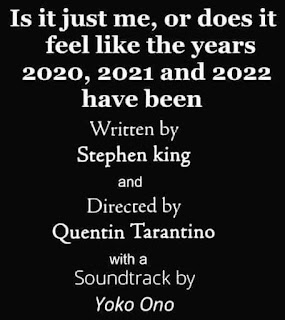 Posted by austin knight at 06:35 No comments: