Have a Cool Yule, Dude! 'Twas the night before Christmas, and all through the house,
Not a creature was stirring, not even a mouse...
I really should have invested in one of those carbon monoxide detectors.

When I was a kid, we were so poor, me mam used to sit up all Christmas Eve, stitching a turkeys head on a kipper...

A travel agent looked up from his desk on Christmas Eve and saw an older lady and an older gentleman peering into the shop window, where there were posters of glamorous destinations around the world. The agent had had a good week, and the dejected couple looking in the window gave him a rare feeling of generosity.  He called them into his shop.  "I know that on your pension you could never hope to have a holiday,  so I am sending you to a fabulous resort at my expense, and I won’t take no for an answer."
He took them inside and asked his secretary to write two flight tickets and book a room in a five-star hotel. The older lady and gentleman, as could be expected, gladly accepted and were off!
About a month later, the little lady came in to the travel agency.
"And how did you like your holiday?" the agent asked eagerly.
"The flight was exciting, and the room was lovely," she said. "I’ve come to thank you.
But, one thing puzzled me. Who was that old bloke I had to share the room with?"

It was many years since the embarrassing day when a young woman with a baby in her arms entered the butcher’s shop and confronted the butcher with the news that the baby was his and what was he going to do about it?

After some denials and argument, he capitulated and promised to provide her with free meat until the boy turned 16 she greed.

He ticked the years off on his calendar until one day the teenager, who had been collecting the meat each week, came into the shop and said “I’ll be 16 tomorrow.”

“I know” said the butcher, “I’ve been counting too."

And tell your mother when you get home that this is the last free meat she will get, then watch the expression on her face.”

When the boy arrived home and told his mother she nodded and said,

“Son, go back to the butcher and tell him I have also had free bread, free milk and free groceries for the past 16 years and watch the expression on his face!”

At Christmas, a real woman is a man’s best friend. She will never stand him up and never let him down. She will reassure him when he feels insecure and comfort him after a bad day. She will inspire him to do things he never thought he could do; to live without fear and forget regret. She will enable him to express his deepest emotions and give in to his most intimate desires. She will make sure he always feels as though he’s the most handsome man in the room and will en
able him to be the most confident, sexy, seductive, and invincible. No wait… Sorry… I’m thinking of beer. That’s what beer does… Never mind. 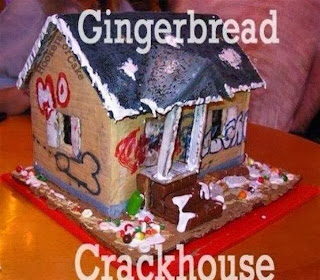 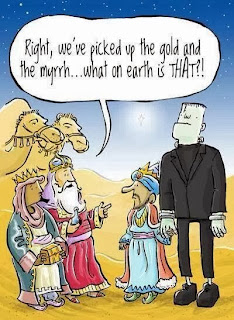 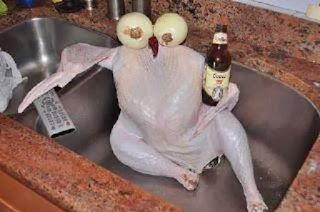 The turkey's well chilled bro!
Posted by austin knight at 22:21 No comments: 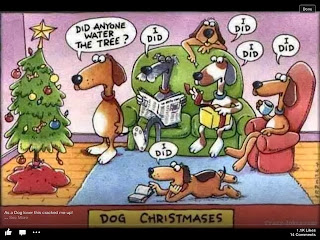 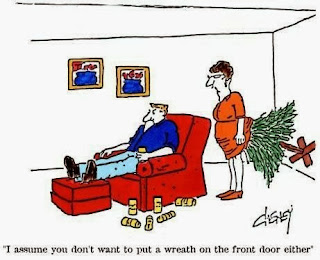 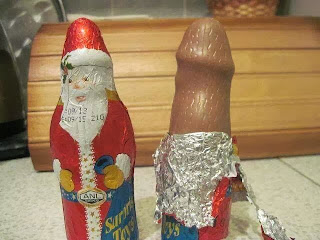 A staggering SIX times this month, my blind uncle has fallen out of the tree in his garden. Two or three times, he's fallen off his next-door neighbour's conservatory and twice he's got trapped under a van. Today, he got electrocuted whilst clambering a pylon, and the 40 thousand volts killed him immediately. This has caused me massive problems, with this unfortunate farrago occurring so near to Christmastide.  Not only do I have to organise the funeral and wake, I must make every endevour to re-home his Guide Cat.....


A couple were Christmas shopping. The shopping centre was chock-a block, and as the wife turned to her husband, there was no sign of him. She was quite upset because they had a lot to do. So she called him on her mobile to ask him where he was. Quietly he said, "Do you remember the jewellers we went into about five years ago where you fell in love with that diamond necklace that we couldn't afford, and I told you that I would get it for you one day?" The wife choked up and started to cry and said, "Yes, I do remember that shop." "Well, I'm in the pub next door."


Barmy Albert was so bladdered after his works Christmas footing last week. When he got to the bottom of the stairs, he took off his shoes, overcoat, shirt, trousers and underwear and as slowly as he could, crept upstairs very quietly, in order not to wake Non-Stick Nora. It was only when he got to the top of the stairs he realised that he was on the bus!

Granny always buys and wraps my Christmas presents many months in advance. Last year she got me a lovely dog skeleton.

Granny called at her local MPs house and knocked on the door and he answered it.
"Can I come in?" She asked, " Have you got a problem?" He replied, "I'm freezing cold, and you are the only person I know who can afford to have their heating on," she said to him.

A pantomime in aid of the charity, "Paranoid Schizophrenics" descended into chaos last night when somebody in the audience shouted out "He's behind you!"...

I’m rubbish at buying Christmas presents for the missus. I never get it right. But this year, I've conquered it. I found her secret wish list hidden in the kitchenette drawer.
Eggs.
Bacon.
Loaf.
Toilet Rolls.
Paracetomol..


At Christmas, a real woman is a man’s best friend. She will never stand him up and never let him down. She will reassure him when he feels insecure and comfort him after a bad day. She will inspire him to do things he never thought he could do; to live without fear and forget regret. She will enable him to express his deepest emotions and give in to his most intimate desires. She will make sure he always feels as though he’s the most handsome man in the room and will enable him to be the most confident, sexy, seductive, and invincible. No wait… Sorry… I’m thinking of beer. That’s what beer does… Never mind. 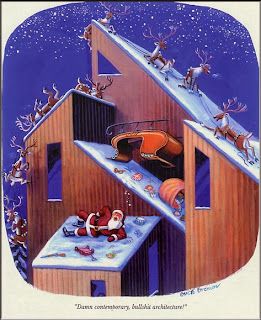 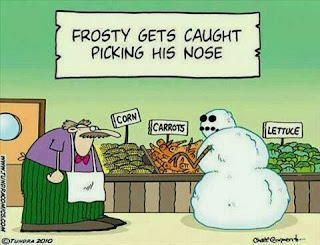 Posted by austin knight at 00:40 No comments: 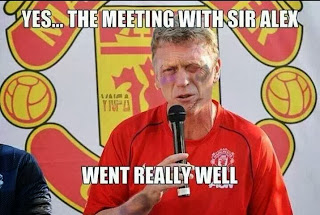 I bought the missus a Man Utd bra for her birthday. She hates it! She says the support is bobbins, plus it wont be long till the tits are out of both cups!! 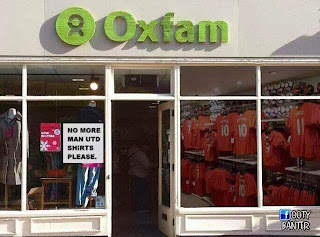 Posted by austin knight at 00:30 No comments: 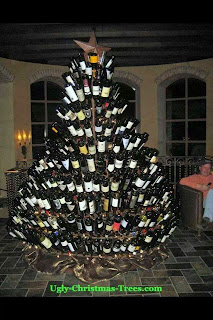 Two whales, a male and a female, were swimming side by side in the ocean.   Suddenly, the male whale spots a ship in the distance.. He recognizes it as  the whaling ship that killed his father.
Filled with anger, he says to his female companion, "That's the ship that killed my father! Let's swim closer!"
When they were close enough, the male said, "Why don't we swim under the ship and blow air through our blow holes and break the ship into a million pieces? That will be sweet revenge." And the female agreed to this. So they each took a deep breath of air, swam under the ship and blew enormous amounts of air under the ship. The ship flew into the air and crashed back to the sea and broke into a million pieces.
The pair of whales started to swim off when they realized that the sailors were not dead, but clinging to pieces of wood and floating in the ocean. The male whale was furious and said to the female whale, "They're still alive, but I've got another idea. Let's swim around and gulp up all the sailors!" That's when the female stopped swimming, looked at the male and said, "Oh no... I agreed to the blow job but I'm NOT swallowing the seamen!"

Posted by austin knight at 23:39 No comments: 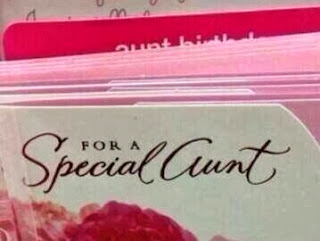 Charlie was installing a new door and found that one of the hinges was missing. He asked his wife Mary if she would go to WICKES DIY and pick up a hinge. Mary agreed to go. While she was waiting for the manager to finish serving a customer, her eye caught a beautiful bathroom Tap.

When the manager was finished, Mary asked him, "How much is that Bath Tap?" The manager replied, "That's a gold plated Bath Tap and the price is £450.00.

Mary exclaimed, "My goodness, that is a very expensive Tap. It's certainly out of my price bracket."
She then proceeded to describe the hinge that Charlie had sent her to buy.
The manager said that he had them in stock and went into the storeroom to get one.

From the storeroom the manager yelled. "Madam, do you wanna screw for the hinge?"

Mary paused for a moment and then shouted back, "No, but I will for the Bath Tap."

This is why you can't send women to WICKES.
Posted by austin knight at 03:55 No comments: 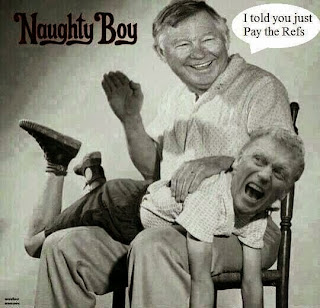 David Moyes is planting carrots and spuds around the perimeter of the pitch at Old Trafford, so he'll have summat to pick up at the end of the season...

BREAKING NEWS:  Greater Manchester Police are investigating a new football betting scandal.  Someone has put a £10 on a Man Utd win next weekend!


This woman walks into a bakery, looks at the festive products on the shelves, points and says, “How much is that Christmas cake?”  “It’s five quid, madam.” came the reply. She points at another, “How much is that one?”  “Five pounds.” says the owner. “What about the one over there.” asks the lady? “They are all a fiver.” says the proprietor again. “What about that one over there?”  “ It’s a tenner.” he replies. “Why does that one cost more?”  The customer asked. “Because that’s Madeira cake!”  Geddit!

Posted by austin knight at 00:59 No comments: