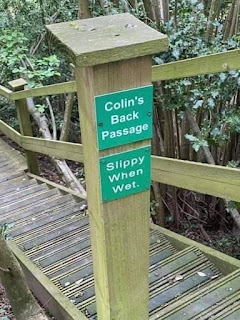 I wrote a joke about Covid that I fully intended to include in this week’s column. However, I haven’t used it because I reckoned that 98% of folk wouldn’t get it.

July 19th sees an end to all this Covid kerfuffle and social distancing gubbins. Me and the missus have been sleeping at opposite ends of the bed, with six feet between us. I still don’t know who they belonged to!

A rather austere woman (She looked like she’d been bobbing for apples in a chip pan) recognised me as I was sauntering down Scropton Street. She sez: 'It's you isn't it? It really is you!”' I coyly replied: “Yes, it's definitely me!” She then asked me: “When are you coming back to finish my patio?” 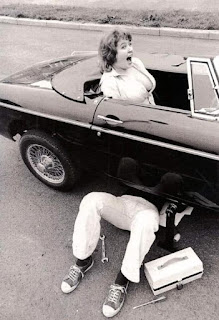 Of course, this happens on a constant basis. I was in a taxi to the airport, before the lockdown and the driver kept looking at me through the rear-view mirror. After a while he sez: “Well give us a clue then, mate.” I gave him a brief resume of my showbiz career, starting off at Belle Vue in a clown act, whilst still attending school and named a few TV shows that I’d appeared in, culminating in working as an after-dinner speaker on the corporate circuit. He became quite agitated and shouted: “No. Which terminal do you want dropping off at?”

I managed to burn 10,000 calories yesterday! My advice is - don’t fall asleep with cakes in the oven! 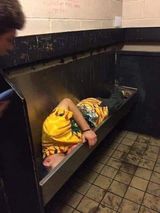 As the Kardashians celebrate their 20th season, I would like to congratulate myself for never watching a single episode!

This girl from Wigan finds out she's pregnant. She's only 16. Even worse, it's twins. After much soul-searching, she has the babies, which turn out to be identical. She then gives them up for adoption. Time passes, and many years later her maternal instincts drive her to find out what happened to them. Following a great deal of research she discovers that one of them was adopted by a Spanish couple, and was christened Juan. The other was adopted by an Egyptian couple and named Amal. She manages to trace the Spanish couple, and contacts them. They send her a photograph of the boy, who is now a fine young man. Unfortunately, she is unable to discover the whereabouts of the Egyptian couple. As she sits in her mother's house in Wigan, she looks lovingly at the photo of her long-lost son. "Oh, Mother," she says, "I'm so happy to be able to see one of my sons, but how I wish I could also see his brother as he is today." "Don't worry," says her mother, "they're identical. When you've seen Juan, you've seen Amal."


What's more fun than a barrel of monkeys? Why, that would be reading this gloppy but funny column in this fantastic newspaper! Besides, monkeys bite, scratch and are prone to occasionally spitting. If you opt for the monkeys, be sure to be up to date on your rabies and tetanus vaccines and remember that you should never monkey around with another monkey’s monkey! You can visit my website though and troll my now famous ‘Jokey-Bloggington’. Just clickety-click on www.ComedianUK.com 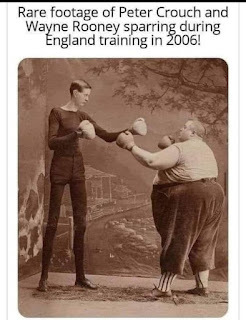