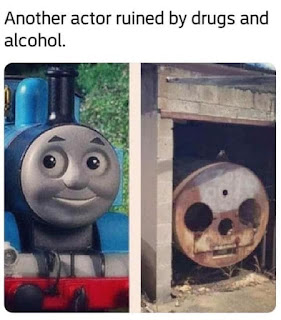 During my annual medical check-up, the doctor asked me about my physical activity level. I described a typical day this way: "Well, yesterday afternoon, I took a five hour walk about 8 miles through some pretty rough terrain. I waded along the edge of a lake. I pushed my way through brambles. I got sand in my shoes and my eyes. I avoided standing on a badger. I climbed several rocky hills, then I fell down a hole behind some big conifers. The mental stress of it all left me shattered. At the end of this unfortunate farrago, I drank eight pints of lager." Inspired by the story, the doctor sez, "You must be one hell of an outdoors man!" "No," I replied "I'm just a shite golfer".


I came home from dog walking yesterday morning and found several pieces of Lego on the front doorstep. I didn’t know what to make of it. 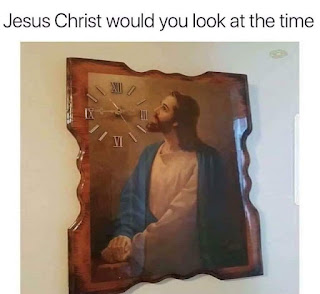 Barmy Albert phones Non-Stick Nora and the conversation went thus: “Hello love, it’s me. I’ve had a bad accident at work and trapped my leg. Sharon took me to the hospital but the surgeon says I might have to have it amputated.” Nora replied: “Who’s Sharon?”

I’m getting totally fed up with various folk whinging about the cost of stuff. £1.50 for a cup of tea, £1.75 for a coffee, £2 for a slice of Battenberg or £2.50 for car parking. Well I’m telling you now, if there are any more complaints, then I will honestly stop inviting people round to my house!

Hands up if you're scared of Armed Robbers? 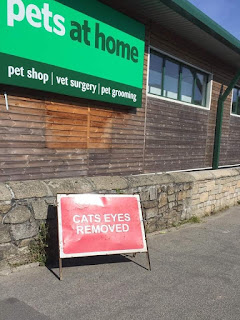 It may be due working in a stage environment, but last week I went to see the quack about my acute deafness. He gave me some medicine and told me to put two drops per day in my beer.  I've been doing it for well over a week now and I still haven't noticed any improvement whatsoever.

I was in a benevolent mood on Saturday, so I decided to treat myself. I bought a first aid kit and a set of defibrillators.

Thought for Thursday: A monkey with a typewriter could never recreate the works of Shakespeare. But it would make quite a good living working for the Welsh tourism board. 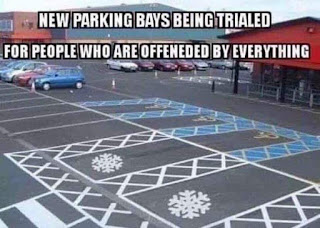 Innit awful gerrin auld! When you drop summat on the floor, as a youngster, you’d just pick it up, without a second thought. However, when you get a lot older and you drop summat, you just stare at it for a while, contemplating and then decide if you actually need this item any longer....

I went to watch my lad play football after school yesterday. During the game, the referee blew his whistle and declared that my son was in an offside position. I ran onto the pitch and said, "Listen here you sken-eyed twat, you're a fucking moron, and you're lucky I don't smack you in the face." The referee walked over and said, "Do you always speak to your son like this?" 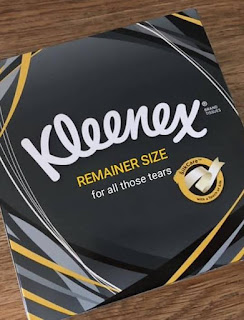 Spice Girls have sacked their sound engineer following complaints of the poor sound at their comeback tour. He admits it was his fault for switching their microphones on! 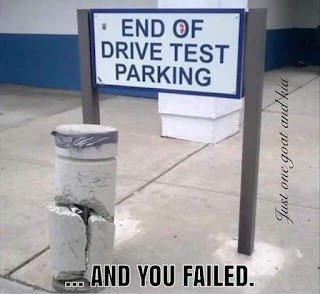 Summer is a comin’! Hair gets lighter, skin gets darker, water gets warmer, drinks get colder, music gets louder, nights get longer, life gets better. Now assume a comical position and strike the pose! Visit my website: www.ComedianUK.com and continue the quest. Email me: comedianuk@sky.com Now, get back to work! 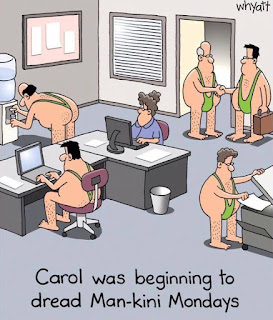 I was in a band called Missing Cat, you must have seen our posters

Years ago I was in a band called The Hinges, we supported The Doors


Then I was in a band called Origami but we folded

Then I was in a band called White Line, we were middle of the road

And of course I was in a band called Duvet, we did covers

Before that I was in a band called The Sewers, that was when we were underground

I was in a band called The Prevention, we were told we were better than The Cure

Do you remember I was in a band called Dusk, we were on before The Darkness 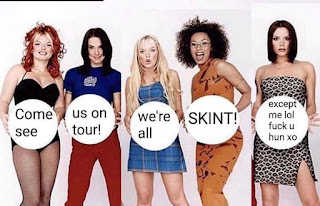