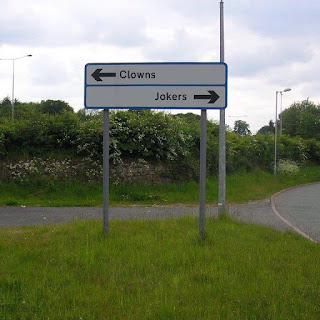 BREAKING NEWS: Scottish river police have already intercepted 500 English migrants attempting to cross the tempestuous River Tweed, in overloaded and ramshackle craft. Chief Inspector Jock McTartan informed this reporter "This is the beginning of a whole new humanitarian crisis for Scotland, so it is. Who will take care of these pieces of Sassenach flotsam? Who will pay for all the free prescriptions and deep fried Mars Bars? Not us, Jimmy". The UN are holding an emergency summit in Barbados to discuss how best to handle the immigration crisis. Meanwhile those who survive the perilous crossing are being detained at a tent village just outside Greenock, while their applications for asylum are processed. They will be charged with loitering within tent. A spokesman for the Sassenachs said "The Leith Police will dismisseth us, so they will."

The missus just sez to me, "Do you reckon I have too much lipstick on?" I replied, "It just depends if you plan on going out just to specifically kill Batman or not."

I was sauntering down the High Street, yesterday when some snotty-nosed kid stopped me outside the newsagents "Can you buy me some cigarettes please" "Sorry. NO! ... I replied"
"Pleeeeease...” He said, "They’re not for me there for me Dad" "Well why can't the lazy cretin get them for himself?" I asked "He's not 18 until June" the kid replied...

More BBC Breaking News: "If you are obese, then this can reduce the possibility of contracting Alzheimers" This should have read: "Fat tw@ts will always remember where all the cakes are kept"

It's Bank Holiday Monday and Ryanair CEO Michael O'Leary was at Dublin airport and went into the bar and asked for a pint of Guinness. The barman sez, "That'll be one Euro, Mr O'Leary, please." O'Leary replied, "That's a very competitive price, so it is." The barman sez, "Would you be wantin' a glass with that?"

While visiting Manchester Art Gallery, I was admiring a rather Rubenesque oil painting of a naked woman, her modesty being covered with leaves. The wife didn’t appreciate it and moved on, whereas I stayed put, continuing to admire a great work of art. The missus asks, "What are you hanging around for?" I replied, "Autumn.”


Aristotle always maintained that it was the mark of an instructed mind to rest satisfied with the degree of precision which the nature of the subject admits and not to seek exactness when only an approximation of the truth is possible. I wholeheartedly agree. So visit my website: www.ComedianUK.comthen assume a comical position and strike the pose! 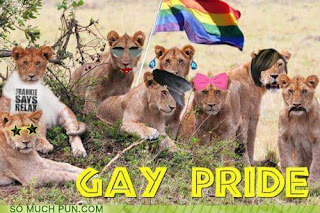