Yesterday afternoon, Barmy Albert and I were walking through the reception area at the local abbatoir on Scropton Street, (Behind the gasworks) when he merely touched the brass door knob and was virtually pole-axed by the static electricity that was discharged. He turned to me and sez,” Foxtrot-Uniform-Charlie-Kilo! I wish someone would explain that flamin' static electricity gubbins to me.”

Well, Albert, here is the answer: Static electricity is an imbalance of electric charges within or on the surface of a material.  The charge remains until it is able to move away by means of an electric current or electrical discharge.

For modeling the effect of static discharge on sensitive electronic devices, a human being is represented as a capacitor of 100 picofarads, charged to a voltage of 4,000 to 35,000 volts.


When touching an object this energy is discharged in less than a microsecond:

If perchance, you are still having a little trouble understanding this concept, then the next photo will clarify the situation, so it will. 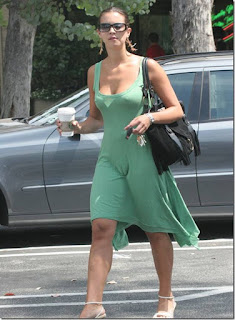 Now, Albert do you understand?