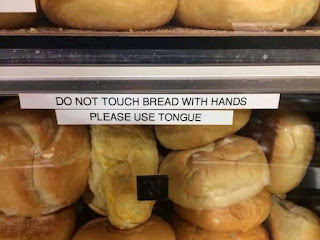 Rishi Sunak wants kids to learn maths until they're 18. We currently learn everything by 16, so I'm not sure what that extra 4 years achieve. Moreover, why does the number seven contain the word ‘even’? When I attended school, I was rubbish at spelling, but I was brilliant at maffs and jograffy.
I’ve just seen a job advertised for a sandwich maker in our local Greggs. When I rang them, they told me the roll had already been filled!

My New Year ‘s resolution is going very well. I’ve had no chocolate whatsoever. I’m not even thinking about it. The word is not even in my vocadbury! 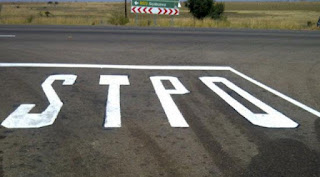 Barmy Albert was in his Reliant Robin Interceptor 3 x 3 Trans Am, stationary at Denton Rock on the M67 motorway with Non-Stick Nora, when suddenly she piped up, "I reckon that those people in the car next to us are from Wales". "Why do you think that?" he asked. "Well, the kids are writing on the window and it sez: “sboob ruoy su wohs". Nora was an open book. Albert was illiterate…

Fascinating Facts: If perchance, Benny and Bjorn had been called Steve and Dave, then the band would have been called ASDA.

I walked into a bookshop today and asked, "Do you have any books on 'How to stop impulse buying'?" "Yes, we do." "Excellent. I'll take seventeen copies please." 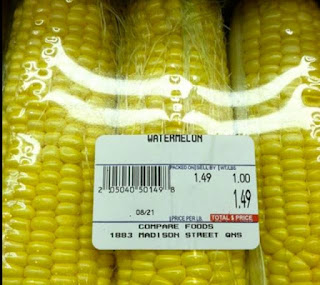 After Christmas, things are generally quiet and it's a slow day in a High Peak country village and the streets are deserted. Times are tough, everybody is in debt, and everybody is living on credit. The trains are on strike, so are the Royal Mail and NHS nurses and doctors. Life is grim. Meanwhile, Tommy Grabknuckle is visiting the area and drives through the village, stops at the local hotel, lays a £50 note on the desk saying he wants to inspect the rooms upstairs to pick one for the night. As soon as he walks upstairs, the hotel owner grabs the note and runs next door to pay his debt to the butcher. The butcher takes the £50 and runs down the street to repay his debt to the pig farmer. The pig farmer takes the £50 and heads off to pay his bill to his feed supplier. The guy at the supplier is suffering from sciatica, so takes the £50 and runs to pay his debt to the local chiropractor who has also been facing hard times and has had to offer her treatment on credit. Now, the chiropractor rushes to the hotel and pays off her room bill with the hotel owner. The hotel proprietor then places the £50 back on the counter so Tommy Grabknuckle will not suspect anything. At that precise moment when Tommy comes back down the stairs, stating that the rooms are not satisfactory, picks up the £50 note and leaves. No one produced anything and no one earned anything! However, the whole village now thinks that they are out of debt and there is a fake atmosphere of optimism and glee! And that, my friends, is how this Tory government works!

Don't try to change yourself with New Year resolutions. Just accept the fact that you're a lollygagging wastrel and move on to the next disaster. You can visit my website though. Just clickety-click on www.comedianuk.com and visit my all new Jokey-Bloggington and have a chortle at all the hilarious gubbins featured there! You can email me too! comedianuk@sky.com. Now get back to work! 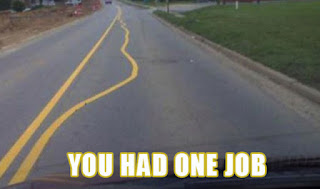