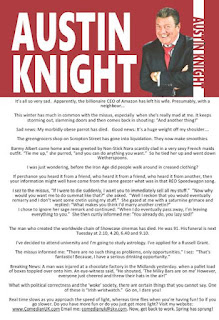 I sincerely reckon that traffic wardens are nice folks. I received a lovely comment from one today about my driving. I got back to the car and they'd written me a note saying 'Parking Fine". These days, a little bit of observing etiquette, civility and servitude goes a long way.

When Boris Becker was sentenced to two and a half years in the nick for tax fraud, he asked the judge, “Exactly how many months is that?” The judge replied: “That's thirty, love...” 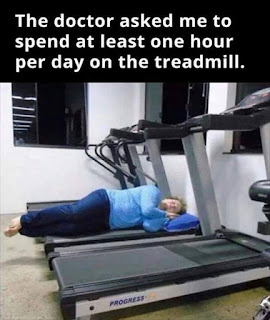 Exactly 40 years ago today, I asked my childhood sweetheart, my best friend and the most gorgeous woman in the whole wide world to marry me. All three of them said: “No!”

Late one evening, the priest asked Superman to investigate a strange noise beneath the church. Superman told him in no uncertain terms: “There’s no way I’m going near that crypt tonight!” 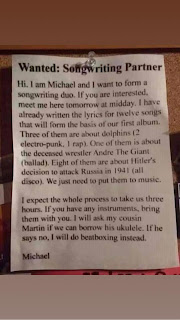 A funeral service was being held for a woman who has just passed away. At the end of the service, the pallbearers are carrying the casket out when they accidentally bump into a wall, jarring the casket. They hear a faint moan. They open the casket and find that the woman is actually still alive! She lives for twenty more years, and then dies. Once again, a ceremony is held, and at the end of it, the pallbearers are again carrying out the casket. As they carry the casket towards the door, the husband shouts: "Watch that wall!"

It's was so cold last week, I opened the wardrobe door and my jacket had my overcoat on.

A little girl asked her mother, "How did the human race appear?" The mother answered, "God made Adam and Eve and they had children, and so was all mankind made...” Two days later the girl asked her father the same question... The father answered, "Many years ago there were monkeys from which the human race evolved." The confused girl returned to her mother and said, "Mummy how is it possible that you told me the human race was created by God, and Dad said they descended from primates?" The mother answered, "Well, dear, it is very simple. I told you about my side of the family and your father told you about his."

My granddad’s going a bit deaf these days. We were talking about restaurants, and I asked him if he liked the ambience to be noisy, or quiet. He said, "I don't care, as long as it gets me to the hospital." 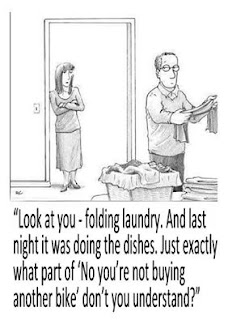 The Highways Agency found over 200 dead crows on the A628 Woodhead Pass recently, and there was concern that they may have died from Avian Flu. A Pathologist examined the remains of all the crows, and, to everyone's relief, confirmed the problem was not Avian Flu. The cause of death appeared to be from vehicular impacts. However, during analysis it was noted that varying colours of paints appeared on the ...bird's beaks and claws. By analysing these paint residues it was found that 98% of the crows had been killed by impact with lorries, while only 2% were killed by cars. The Agency then hired an Ornithological Behaviourist to determine if there was a cause for the disproportionate percentages of truck kills versus car kills. The Ornithological Behaviourist quickly concluded that when crows eat road kill, they always have a look-out crow to warn of danger. They discovered that while all the lookout crows could shout "Cah", not a single one could shout "Lorry." You couldn’t make it up! Could you?

This humour column may exacerbate chronic halitosis, mental aberration, repetitive spasmodic squinting. Imflamed haemorrhoids could hang down lower than a beggars cap. It will enhance Joggers Nipple, Strapadichtomy, Tourettes and Varicose Brain Syndrome. For further jocular clarification, why not visit my website. Just clickety-click on www.ComedianUK.com. You can also email me: comedianuk@sky.com Now, get back to work! 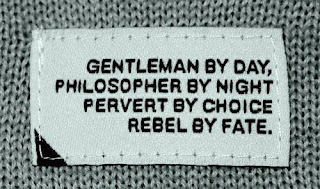