The back snicket up near Scropton Street abattoir.... 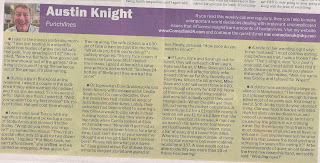 During the unfortunate farrago of the pitch invasion at Goodison Park last week, many were surprised by Crystal Palace manager Patrick Viera apparently kicking an Everton fan. They weren’t shocked at the incident itself, but at witnessing a French bloke fighting! Who’d a thowt it!

The current influx of morons invading a football pitch must cease forthwith. It is merely a matter of time afore some idiot does it at Old Trafford and is awarded ‘Man of the Match!

Farmer Giles Chalfonts stopped by the local mechanics shop to have his truck fixed. They couldn’t do it while he waited, so he said he didn’t live far and would just walk home. On the way home he stopped at the hardware shop and bought a bucket and a gallon of paint. He then stopped by the feed store and picked up a couple of chickens and a goose. However, struggling outside the store he now had a problem – how to carry his entire purchases home. While he was scratching his head he was approached by octogenarian Elsie Grabknuckle, who told him she was lost and confused. She asked: ‘Can you tell me how to get back to my hovel up Scropton Street, near the abattoir?’ Farmer Giles sez: ‘Well, as a matter of fact, my farm is very close to that street, I would walk you there but I can’t carry this lot.’ Elsie suggested: ‘Why don’t you put the can of paint in the bucket. Carry the bucket in one hand, put a chicken under each arm and carry the goose in your other hand?’ ‘Why, thank you very glad,’ he replied and proceeded to walk the old girl home. On the way he suggested: ‘Let’s take my short cut and go down this back snicket. We’ll be there in no time.’ Elsie looked him over cautiously then said, ‘I am a lonely widow without a husband to defend me.. How do I know that when we get up that back snicket you won’t hold me up against the wall, pull up my frilly gansy, and have your wicked way with me?’ The farmer exclaimed: ‘Flamin’ Nora! I’m carrying a bucket, a gallon of paint, two chickens, and a goose. How in the world could I possibly hold you up against the wall and do that?’ With all the dignity that Elise could muster, she replied: ‘Set the goose down, cover him with the bucket put the paint on top of the bucket, and I’ll hold the chickens!’ Isn’t life grand when you’re pots for rags? 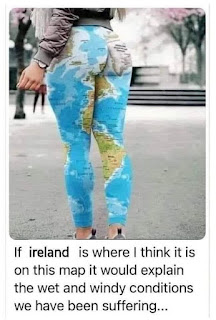 You’ll always miss 100% of the shots you fail to take, and statistically speaking, 99% of the shots you do take. On that basis, is a leading authority anyone who has guessed right more than once? So where does this leave Boris Johnson? If he listened to himself more often, he would talk less.

Barmy Albert and Non-Stick Nora were watching ‘Who Wants To Be A Millionaire’ while they were in bed. Albert turned to Nora and sez: "Do you fancy a bit of slap and tickle?" "Definitely not!" she answered. He then said, "Is that your final answer? She didn’t even look at him this time, simply saying "Yes!" So he said, "Then I’d like to phone a friend." That’s when the fight started! 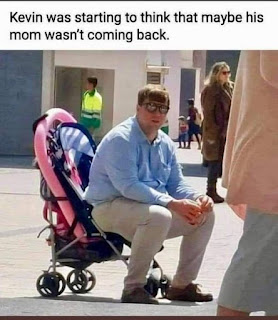