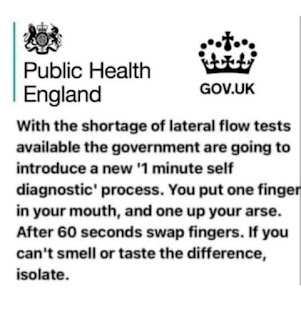 I’ve decided to have a damp January 2022, primarily because I can’t fully commit to a dry one! I've ordered a case of Sauvignon Blanc...

Even this long after Christmastide, the missus is still not talking to me. But honestly, how was I supposed to know she didn't mean gift vouchers for the Spar?

Non Stick Nora’s grandchild is three years old and yesterday she took her shopping. When she got home, the kid had a chocolate bar in her pocket. Now, Nora didn't buy it and the kid certainly didn't buy it, so Nora frogmarched her straight back to the shopping centre and let her loose in the jewellers…

Last night, I was practicing my trumpet and yodelling a rendition of: “My Old Kentucky Home” when the missus suddenly waltzed in and declared: ‘Oh, I thought it was on the television.” A tad flattered, I sez: “Did you come in to listen?” “No”, she curtly informed me, “I was going to switch it off!” The bloke over the road came across and told me that the song had indeed brought a tear to his eye. I asked him: “Are you an old Kentuckian?” He replied: “No. I’m a musician!” The following night all the other neighbours broke my windows, so they could hear me better. Isn’t life grand when you’re barmy! 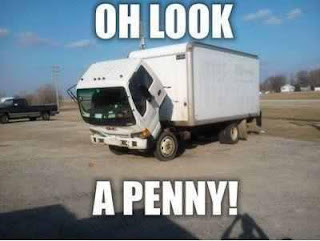 A classified advert in this very newspaper last week: For Sale: One George Foreman Grill and Griddle and one Muhammad Ali DVD. Both boxed! You couldn’t make it up! Could you?

Teenager Willy Eckerslyke had just passed his driving test and inquired of his father as to when they could discuss his use of the car. His father said he'd make a deal with his son, “You bring your grades up from a C to a B average, study your Bible a little, and get your flamin’ haircut. Then we'll talk about the car." The boy thought about that for a moment, decided, he’d settle for the offer, and they agreed on it. After about six weeks his father said, "So you’ve brought your grades up and I've observed that you have been studying your Bible, but I'm annoyed that you haven't had your hair cut." The boy said, "You know, Dad, I've been thinking about that and I've noticed in my studies of the Bible that Samson had long hair, John the Baptist had long hair, Moses had long hair, and there's even strong evidence that Jesus had long hair.” His dad replied: "Did you also notice they all walked everywhere they went?" 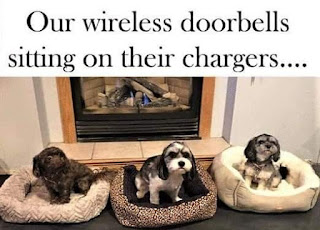 British Telecom rang me yesterday and curtly informed yours truly that if I didn’t pay the bill within the next seven days, they were going to disconnect the phone. I sez to ‘em, “Your bill is in a queue!”

Moreover, on the plus side of my domestic outgoings, British Gas let me know that I have the best gas and electricity bills on my street. It’s true! They have said that both are outstanding!  What a great start to 2022! 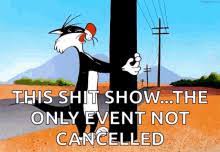 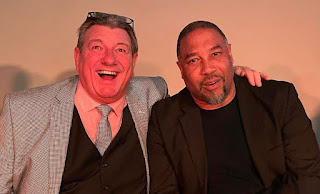 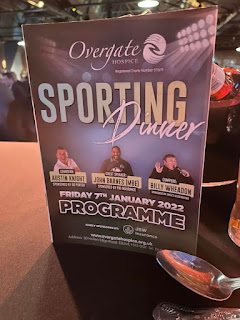