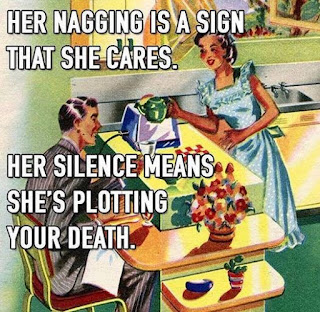 I hear on the grapevine that it’ll be easier to buy a Tory MP then a Sony Playstation 5 this Christmas. Sleaze a jolly good fellow!

The countdown is on! It just sez on the TV adverts that Christmas wouldn’t be the same without M & S. This is true, because it would spell Chrita without the M & S wouldn’t it?

If anyone has no immediate family and will be eating Christmas dinner alone this year, then please contact me because I need to borrow some chairs. Thanks in anticipation.

In order to alleviate the monotony of an otherwise dull day, I sometimes phone up any of the ‘Best Western’ hotels. They answer: “Best Western” Then I say: “Blazing Saddles directed by Mel Brooks.”

Another great way to alleviate boredom is to go into B & Q and play hide and seek with the staff. You may have already played this game, without realising it. Picture the scene. You cannot locate whatever you want and you see a geezer in an orange apron. You walk towards him and he miraculously disappears!

A fella went into a supermarket, asking to buy half a lettuce. The young shop assistant told him that they only sold whole heads of lettuce, but the man was insistent: he did not need a whole lettuce, only a half. The assistant said he would go ask his manager about the matter. The assistant walked into the manager’s office and said, "There's some cretin out there who wants to buy only a half a lettuce." As he finished speaking, he turned around to find the man standing right behind him, so he added, "And this gentleman wants to buy the other half." The manager Okayed the deal and the man went on his way. Afterwards, the manager said "You almost got yourself in a lot of trouble earlier on, but I must say I was most impressed with the way you got yourself out of it. You think on your feet and we like that around here. Where are you from, son?" "Manchester, sir" came the staunch reply. "Oh really? Why did you leave Manchester?" Asked the boss. The shop assistant said, "Nothing but easy women and football players over there." "Hey!" Said the manager, "My wife is from Manchester!!" "No kidding!" Sez the boy. "What team did she play for?"

Non Stick Nora reckons that clear nail varnish makes an excellent substitute for Tippex when you haven’t made a mistake... 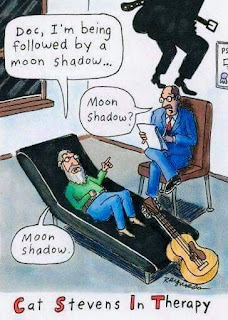 Always remember that it’s the I before the E. Except when your foreign neighbour Keith receives eight counterfeit beige sleighs from feisty caffeinated weightlifters. Weird!

Barmy Albert always looked on the bright side. He would constantly irritate his friends with his eternal optimism. No matter how horrible the circumstance, he would always reply, "It could have been worse."  To cure him of his annoying habit, his friends decided to invent a situation so completely bad, so terrible, that even Albert could  find no hope in it.  On the golf course one day, one of them said, "Albert, did you hear about Sid? He came home last night, found his wife in bed with another man, shot them both and then turned the gun on himself!" "That`s awful," said Albert, "But it could have been a lot worse."  "How in the hell," asked his angry friend, "Could it have been worse?"   "Well," replied Albert, "If it had happened the night before, I`d be dead now!"


I am away next week, so remember folks, no matter how much you push the envelope it will still be stationery! If you want to keep up with all the latest jocular gubbins, then visit my website. Just clickety-click on: www.ComedianUK.com and visit my all new Jokey-Bloggington for a chortle and a guffaw. You can email me too: comedianuk@sky.com     Now, get back to work! 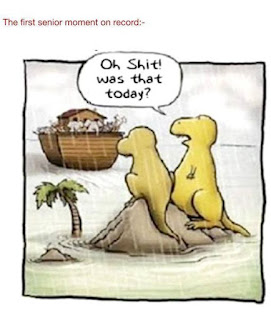