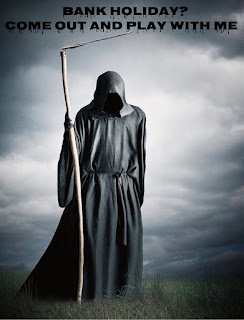 Barmy Albert was going doo-lally during the lockdown. On Easter Sunday, he inadvertently discovered a few rolls of woodchip and half a tin of magnolia paint in the shed, so decided to redecorate the bathroom in a true retro fashion. Well, it only took him a day and what a magnificent job he made of it. He gazed at the wooden toilet seat, which was quite avant-garde in its era and decided to wallop a soupçon of clear varnish on it, thereby giving it a definitive scintilla of rustic ambience. Upon completing the task, the project was finished and so he ambled downstairs to make a pot of tea and watch Midsomer Murders, coz there was no footie on. In the meantime, Nora had gone into the bathroom blissfully unaware of the situation and become stuck fast upon the khazi seat. She began screaming and shouting, however Albert had nodded off and couldn’t hear a thing. Later, Albert ascended the stairs, only to discover Nora glued solidly to the toilet seat. “Oh dear!” he opined, “We’re gonna have to get the fire brigade out.” Nora sez: “You can’t get the fire brigade out coz they’ll see all me private parts!” Albert replied: “I’m not leaving you sat sitting there like that. I’m gonna cover you up!” He wandered into the bedroom and had a shufty in the wardrobe and found a souvenir Stetson that they brought back from America. He instructed Nora to cover herself up with it. The fire brigade came out, surveyed the impending task and the chief fireman pulled Albert to one side and told him: “I’ve got some good news and some bad news” Barmy Albert sez: “Give us the good news first.” The chief fire officer replied: “We can save your missus, mate. But the cowboys a gonner!”

The bad news was that Non-Stick Nora didn't live up to her name...


The temptation to drink too much at home during this self-isolation gubbins is taking its toll. Last night, I was so bladdered in the scullery, I asked the missus for her phone number!    What compounded an already unfortunate scenario, was that she gave it me! 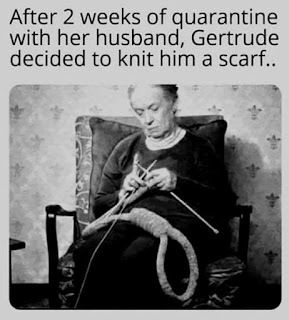 This time last Easter, everyone was banging on about leaving the EU. This year, we can’t even leave the house! My wheelie bin has been out more than I have during the last few weeks.

I must admit that I’ve been out of work for so long, I’ve developed a Scouse accent! But dee doo dat doe don’t dey!

Thought for Thursday: When quarantine is over, let’s not tell some people...

Being unemployed for the first time in forty-odd years, I had my interview for Universal Credit and she curtly informed me that I must be available for any manner of work that might crop up. She further advised that there were some current opportunities in data processing. I informed her that I couldn’t use a computer. She asked me if I had some kind of learning difficulties. I sez “No. It’s a condition of my bail...” 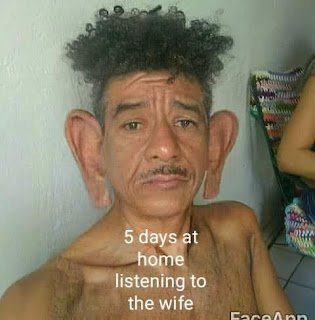