Innit awful gerrin auld? Last weekend, whilst walking the dogs around Valehouse reservoir, in downtown Tintwistle, the missus proclaimed: “The reason you’re morbidly obese is that you don’t ‘power walk’ around here. You merely saunter!” I’ve been considering her proclamation and have come to the following conclusion. When I was a lot younger, women would have a go at me for many reasons such as being unfaithful, excessive boozing and gambling on horses etc. However, the older you get, the lesser the crime. I am now being berated for sauntering! Furthermore, I’m NOT morbidly obese. I’m quite happily obese! Isn’t life grand, when you’re doo-lally! 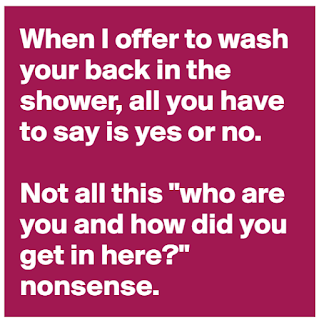 My next-door neighbour, Barmy Albert has been most unwell for the last few weeks. So I went round and took some DVD’s and Marks & Spencer ready meals. I’m just hoping he won't notice...

Whoever it is that lost an iPhone 6s Plus yesterday in Wetherspoons, can you please stop calling my new phone, it's really annoying me! 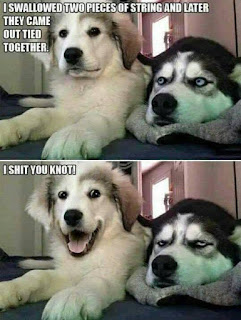 I was behind an Eddie Stobart 18 wheeler and at every red light the driver would get out of the cab, run back and bang on the trailer door. After seeing this at several intersections in a row , I became intrigued and followed him until he pulled into a service area. When we both had come to a stop, the truck driver once again jumped out and started banging on the trailer door. I went up to him and proclaimed: "I don't mean to be nosey but why do you keep banging on that door?" To which the trucker replied, "Sorry, can't talk now, I have 20 tons of  canaries and a 10 ton limit, so I have to keep half of them flying at all times." 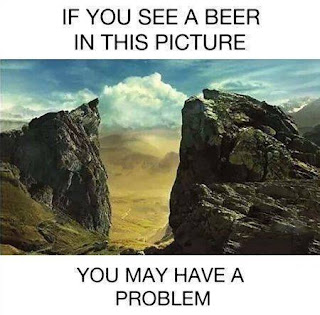 We have an old tree that became diseased and was losing its bark. We felt it needed a bark transplant and called a tree surgeon. The communication was mangled and when the surgeon arrived, he went to work on a tree across the road. He was halfway done when I noticed the error. I tried to stop him by shouting, "Stop! Stop! You're barking up the wrong tree!" 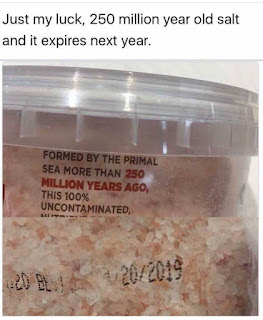 Little Joey and his classmates had just finished a tour of the local fire station. Before each kid could leave, the fire chief quizzed them. The fire chief asked little Joey, "What do you do if your clothes catch on fire?" Joey replied promptly, "I don't put them on."

Fascinating Fact: The only people who listen to both sides of an argument are the neighbours.

The case in the County Court concerned a will and a lawyer was questioning Non-Stick Nora. "Was the deceased," asked the attorney, "In the habit of talking to himself when he was alone?" "I don't know," replied Nora. "Come on now, you don't know and yet you pretend you were intimately acquainted with the deceased?" "Well, sir," opined Nora, "I never happened to be with him when he was alone." Good point, well made Nora!

Is there something special you'd like to do for someone special? Just tell them about my website that links to my ultra-funny Jokey-Bloggington instead. Save that special thing for when you are in trouble with that someone special. So go ahead and tell them about me and don't bother wasting that special thing until necessary. Clickety-click on www.ComedianUK.com and continue the quest! Now, get back to work!
Posted by austin knight at 01:19