This year, April Fool’s day and Easter fell on the same day, so we got the kids to go on an Easter egg hunt to find eggs that we had never hidden! Brilliant! 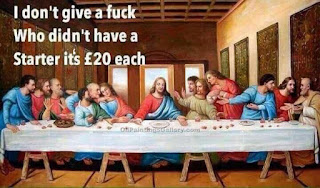 In my local pub, the Pit-bull & Stanley Knife, up Scropton St, Dastardly Denis, the landlord was so sure that he was the strongest man around, that he offered a standing £1,000 bet. The bartender would squeeze a lemon until all the juice ran into a glass, and then hand the lemon to the patron. Anyone who could squeeze two more drops of juice out of it would win the money. Many people had tried, over the years: weightlifters, longshoremen, etc., but nobody had ever been able to do it. One day, this scrawny little fellow came into the bar, wearing thick glasses and a polyester suit. He sat down, ordered a glass of draft, & started looking around the bar. After reading the sign on the wall about the lemon challenge, he said in a small voice: "I was just reading your sign, and I'd like to try the bet." After the laughter had died down, the bartender said: "Ok,..." He grabbed a lemon and squeezed the heck out of it...... Then he handed the wrinkled remains of the rind to the little fellow. But the Crowd's laughter turned to total silence....as the man clenched his little fist around the lemon....and six drops fell into the glass. As the crowd cheered, the bartender paid the guy his £1,000, and then asked little man: "Do you mind if I ask what do you do for a living? Are you a lumberjack, a weight-lifter, or what?" The little bloke quietly replied: "I work for The Inland Revenue."


It's people like David Beckham, Gwyneth Paltrow and Chris Martin that give kids a bad name...

Any bloke who reckons marriage is a 50-50 proposition, doesn't comprehend two fundamental principles: 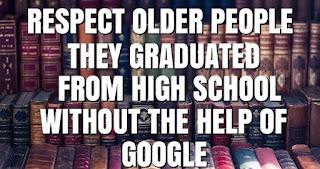 A nervous little man walked into a corner shop in a small town. “I want to buy all your over-ripe vegetables and stale eggs”, he said. “Well”, said the shopkeeper with a twinkle in his eyes, “You must be going to see the new comedian at the theatre tonight.” “Not so loud”, said the little man, looking around hesitatingly, “I am the new comedian!”

Angela Merkel flies into Athens to attend an economic summit. When she gets to Passport Control, the officer looks at her passport and asks, "Nationality?" She sez, "German." He answers, "Occupation?" She replies, "No, I'm only here for two days." 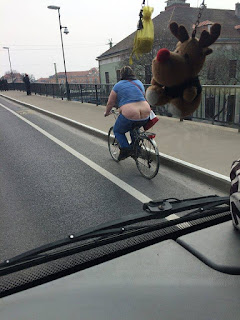 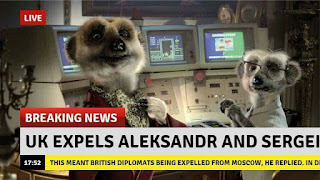