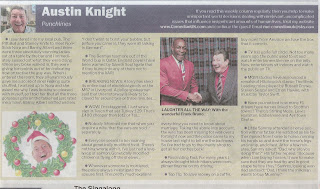 Well, blow me down with a galvanised aluminium sprocket! We’ve had the dreaded Covid, followed by Omincrom and now we’re blighted with Scarlet Fever and an emergence of diphtheria. Whatever happened to Monkey pox? I say, bring back the old fashioned maladies. Elsie Grabknuckle had rickets, which made her legs go bandy. Poor lass had to iron her bloomers on a boomerang. But what fun we had!

Fascinating Fact; I put my phone in airplane mode and it tried to sell me a tiny can of coke for £3!

On Christmas Eve, a plane passed through a severe storm. The turbulence was awful, and things went from bad to worse when one wing was struck by lightning. One woman lost it completely. She stood up in the front of the plane and screamed, "I'm too young to die!" she cried. Then she yelled, "If I'm going to die, I want my last minutes on earth to be memorable! Is there anyone on this plane who can make me feel like a woman?" For a moment, there was silence. Everyone stared at the desperate woman at the front of the plane. Then a man from Newcastle stood up in the rear of the plane. He was handsome, tall, well built, with dark brown hair and hazel eyes. Slowly, he started to walk up the aisle, unbuttoning his shirt as he went, one button at a time. No one moved. He removed his shirt. Muscles rippled across his chest. She gasped... Then, he spoke... "Iron this-and then get me a beer, Pet." 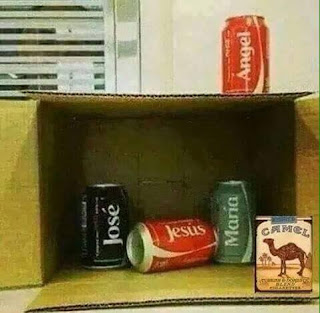 Two turkeys were talking to each other. One sez: “What do you think about all this bird flu that’s knocking about?” The other turkey replied, “I hope we don’t get culled before Christmas...”

The missus (She is a stunner. She works at the abattoir) informed me that she had been to an Ann Summers Christmas party. Apparently, it’s just like a Tupperware party, but with batteries and lots of tinsel. She purchased a couple of really odd items, such as some edible underwear and a pair of handcuffs. I don't eat her cooking, so I'm not going to eat her vest am I? She reckoned that if we went upstairs and I handcuffed her to the bed, I could do anything that I wanted. So I handcuffed her to the bed, then I went to Wetherspoons. 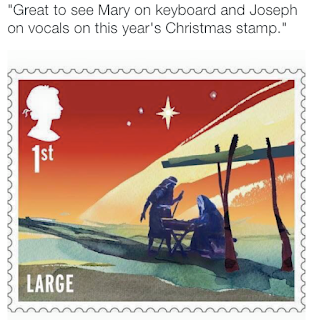 There was a big fight over the Christmas holidays. Apparently, a Bandit called Rocky went Crackers, and hit a Penguin over the head with a Club tied him to a Wagon Wheel with a Blue Ribband, then made his Breakaway in a Taxi. Police say Rocky was last seen just After Eight by a Viscount from Maryland, Hob- Nobbing with a Ginger Nut. Two accomplices, one known as Garybaldi and the other known only as Rich T. Unfortunately, they don’t have a crumb of evidence, so the Jammie Dodger might get away with it! Christmas Crackers! 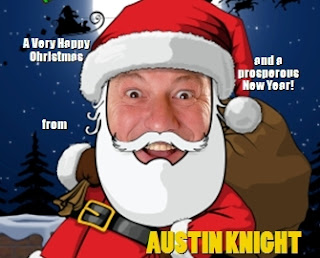 Dear Winter, thank you for the one week free trial. I wish to cancel my subscription. Need to keep warm? Then visit my website: www.Comedianuk.com or email me: comedianuk@sky.com