Heavy-handed police action was criticized last weekend at the Clapham Common vigil. If Cressida Dick carries on like this, she’s going get herself a bad name.

So we’re all following the Boris road map, coasting along in our Reliant Robin Interceptor ~ 3 litre Ghia ~ Hatchback ~ Trans-Am ~ twin carburettor (with stabilisers) ~ central locking ~ unbreakable petrol cap (a lump of rag) and all the kids in the backseat are shouting “Are we there yet?” The simple answer is that although the vaccine rollout is successful, Dr Chris Whitty, the government scientific soothsayer geezer has stipulated that certain rules must still be strictly adhered to:

2. Masks are useless at protecting you against the virus, but you may have to wear one because it can save lives, but they may not work, but they may be mandatory, but maybe not

3. Shops are closed, except those shops that are open

4. You must not go to work, but you can get another job and go to work

7. Gloves won't help, but they can still help so wear them sometimes or not, as you see fit.


Non-Stick Nora sez to Barmy Albert: “I don’t understand this cloning lark” Albert replied: “That makes two of us....” 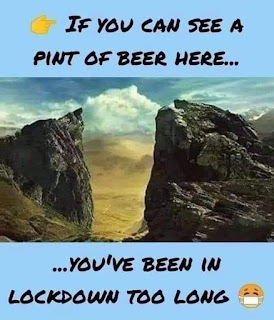 Lt Columbo to accused: “Just one more thing. There is Good news and bad news, sir” “What's the bad news?” asked the accused. Columbo: “Your blood was found on the victim’s clothes and on the carpet!” “What's the good news?” “Your cholesterol is very low!”

I found it quite disconcerting that the last time someone wanted me for my body, it was filling out an organ donation form. Barmy Albert donated his body to medical science and they’re fighting the case!

Walking the dogs around the reservoirs this morning, I came across this bloke who was trout fishing. "How do you ascertain that there are any trout actually in there?" I asked. "Little eddies in the water," he replied. "What, and he lets you know?"

I was making every endeavour to attempt to eschew obfuscation via the utilisation of sesquipedalian terminology, however, it has since emerged that I am a perpetrator of terminological inexactitudes and this will merely compound an already unfortunate farrago. So visit my all new Jokey-Bloggington and continue the quest! Just clickety-click on www.ComedianUK.com You can email me too! comedianuk@sky.com Now, assume a comical position and strike the pose! 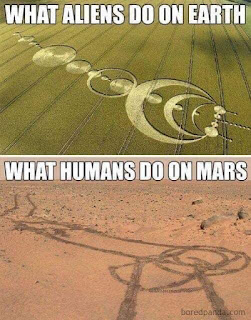