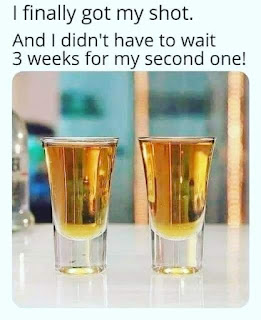 I had my vaccine yesterday at midnight. It was a shot in the dark! Barmy Albert had his second jab at Scropton Street Vaccination Centre, after which he began to suffer blurred vision on the way home. When he got home, he called the vaccination centre for advice and to ask if he should go see a doctor, or even be hospitalised. He was told NOT to go to a doctor or a hospital, but just return to the vaccination centre immediately and pick up his glasses!

Still on the vaccine front, Non-Stick Nora had her jab and began to see spots before her eyes. Barmy Albert asked her: “Have you seen a doctor?” Nora replied: “No. Just spots....”

Due to the concern over the Oxford Astra Zenica vaccine causing blood clots, I have had no option, but to quadruple my intake of Chardonnay, which is an acknowledged blood thinner. Better to be safe than sorry! Cheers! Let us raise a glass and propose a toast to Paul the Apostle on The Road to De-mask us! Hallelujah! I’ll drink to that! Wahay!

Virgin Mobile texted me and asked if I had any spare tablets that could I send them for needy school children. So I sent them ten Paracetomol and six Ibroprufen. 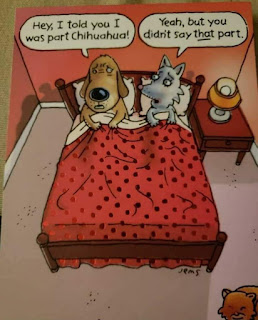 Non-Stick Nora hailed a hackney carriage. The taxi driver sez: "I'm sorry for the smell in here, I just had the whole cab disinfected due to Covid regulations.". Nora answers: "Don't worry about it, mate. I haven't been able to smell anything all week"

It’s been mooted that many nightclubs may struggle to reopen after lockdown, because bouncers and other security staff have pursued alternative careers during the pandemic. I must admit, the last time I visited a late night venue, the doorman told me that I couldn’t be admitted, because I looked as though “ I’d had a few too many!” I sez “Do you mean drinks?” He replied: “No. I meant birthdays....”

Fascinating Fact: People say my house is haunted but I have lived here for 241 years and never noticed anything untoward whatsoever.... 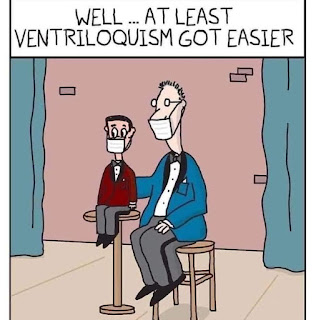 I phoned the RSPCA. She sez: “Can I help you?” I replied: " "Yes there's a polecat clinging to my ceiling fan." She sez: "I don't believe you." I replied: "Well you'll just have to take my whirred ferret."

The missus sez she's getting me a Sat-Nav for my birthday to go with her other surprise. She's asking me to move out....

I don’t believe in labelling people or putting them in boxes. This was why I lost my job at the undertakers. 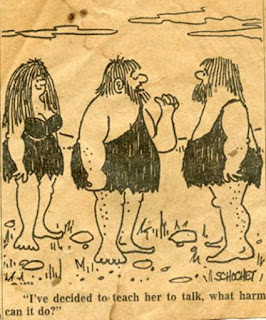 I found it quite disconcerting that the last time someone wanted me for my body, it was filling out an organ donation form. I’ve decided to donate my body to medical science and they’re currently fighting the case!

I wandered into Ann Summers lingerie store and sez to the assistant, "I'd like to buy a pair of stockings for my missus." The assistant asks, "Sheer?" I replies "No. She's in Aldi at the moment."

She was whinging about putting on so much weight during lockdown. I innocently sez, “Maybe you should eat a little less, darling" She took the huff and shouted, "What's THAT supposed to mean?" I looked at her and replied, "It's a pronoun used to indicate a thing, concept, person, condition, happening, chronology, or maybe a remark". That's when the fight started....

The accounts described in this gloppy column are merely recollections of the author, and may or may not represent actual occurrences or involve those named in the text, such as Non-Stick Nora and Barmy Albert. Any resemblance to real people is entirely deliberate, and in accordance with apocryphal law, accounts that are undisputed more than three minutes after this newspaper is printed become incontrovertible truths. Visit my Jokey-Blog via: www.ComedianUK.com. You can email me: comedianuk@sky.com Now, behave yourself and get back to work! The summer is a comin’! 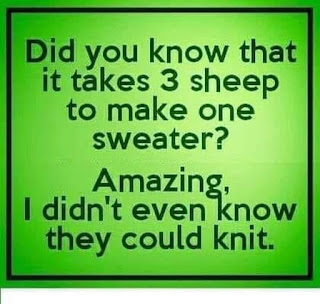