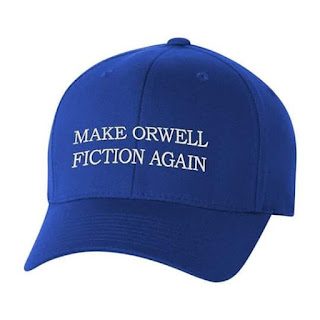 A teacher at a Comprehensive School in Manchester asks a girl to use "handsome" in a sentence. A girl named Latisha says, "Sometimes when I be suckin' Jamal's Soul Pole, my jaw aches sore and I hafta’ use my handsome." 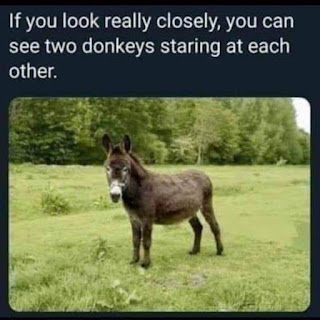 Last year, Barmy Albert was considering having a tattoo for his birthday, but he only has a small garden and thought the neighbours might complain about the bagpipes. The big surprise was when Non-Stick Nora treated him with a ticket to a lap dancing club. Upon arrival at the venue, the doorman greeted him with: “Hiya Albert, how ya doin’?” Nora opined: “How does he know you so well?” Albert replied: “He’s on the darts team down The Pit Bull and Stanley Knife; we’re in the Scropton Street League.” Upon ordering a drink, the barman shouts “Nice to see you, Albert. How’s tricks?” Nora asks Albert why the barman is so familiar with him. Albert replied: “Oh, I play cricket with him at the cricket club every summer.” Suddenly, lap dancer appears and sez to Albert: Hello there Albert. Would you like the special again tonight?” With this, Nora is incandescent with rage and drags Albert out of the venue and flags down a taxi. Before Nora could say anything, the taxi driver declared: “Crikey, Albert, you’ve pulled a right minging old harridan this week!” That's when the fight started. Barmy Albert can be visited in Tameside Hospital. He is in Wards 4 - 5 - 6 & 7.... 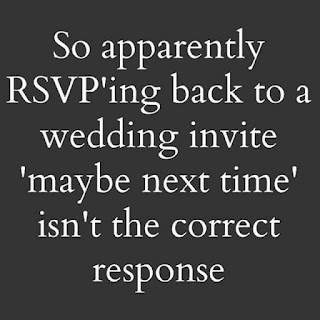 Even though the forest was rapidly disappearing, the trees kept voting for the axe. However, the axe was really clever and convinced the trees that because his handle was made out of wood that he was one of them. Moreover,  12% of Americans believe that Joan of Arc was Noah's wife. I now see how Trump got elected. 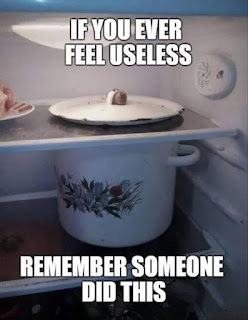 FASCINATING FACT: I WRITE ALL MY JOKES IN CAPITALS. THIS ONE WAS WRITTEN IN ROME.

My favourite naughty song is when Sting sings about feeling Sue Lawley. 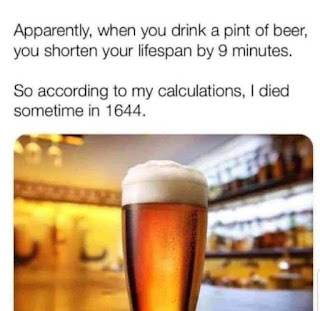 I went for a jog, but came back home after a minute. The reason being, I’m morbidly obese and can’t run for more than a minute.

I paid carpenter cash up front to make me a double bed. He’s only gone and done a bunk!

There is a bloke on my street, who has been featured in the "Guinness Book of Records" for having suffered an amazing forty-six concussions! He lives very close to my house, in fact, he’s just a stone’s throw away...

2) Hearing a recording of your own voice and deciding it’s perhaps best never to speak again.

3) The relief when someone doesn’t answer their phone within three rings and you can hang up.

5) Mishearing somebody’s name on the second time of asking, meaning you must now avoid them forever.

6) Leaving it too late to correct someone, meaning you must live with your new wrong name forever 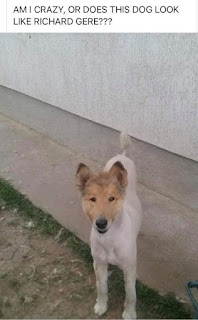 What's more fun than a barrel of monkeys? Why, that would be reading this gloppy but funny column in this fantastic newspaper! Besides, monkeys bite, scratch and are prone to occasionally spitting. If you opt for the monkeys, be sure to be up to date on your rabies and tetanus vaccines and remember that you should never monkey around with another monkey’s monkey! You can visit my website though and troll my now famous ‘Jokey-Bloggington’. Just clickety-click on www.ComedianUK.com 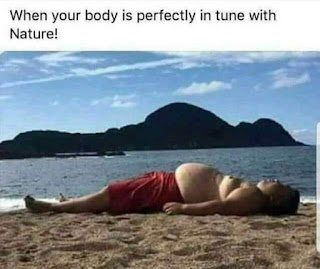