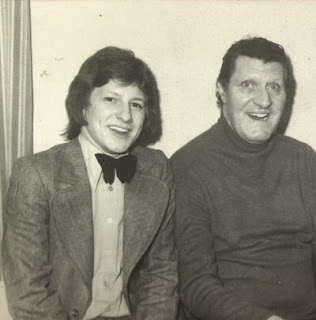 In days of yore, when I first trod the boards, I did impressions of current stars and a Tommy Cooper type magic act. I had the good fortune to make Tommy’s acquaintance in the mid 1970’s, when he topped the bill at all the major nightclubs in the North West. I wrote a few scripts for him and he passed them on to Thames TV and they were featured on his most popular television show. We were invited to his home in London, which was a large detached house, with four bathrooms. Tommy put fully dressed tailors dummies in all the toilets, so when anybody paid a visit, they’d enter and go: “Oh sorry!” and consequently, everyone was bursting for a wee and Tommy was laughing his socks off! 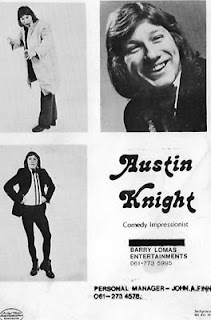 I started out as a comedy impressionist. As you can see by the photo, I did Max Wall (Freddie Starr revived Max's career by doing him on 'Who do you do') and Columbo had just come out on the weekly 'Mystery Movie' and was most popular. Johnny Hamp already had launched 'The Comedians', so I did impersonations of Bernard Manning, Frank Carson, Mike Reid, Ken Goodwin etc. I did Tommy Cooper with all the daft magic and all the American stars such as John Wayne, Jimmy Stewart, Burt Lancaster and Kirk Douglas. Ted Heath and Harold Wilson were also in there.


This coincided with when I was fortunate enough to also meet Les Dawson and managed to get a few sketches on Sez Les, produced by Yorkshire TV. We created a character called Thaddeus Quilt who was always making big mistakes and was constantly a victim of schadenfreude, from his family and other associates. Another was a bank robbery sketch, whereby the robber put his balaclava on just outside the door and when he came in the bank, he pointed a gun at Les and demanded to know if Les had seen his face before he put the mask on. Les replied: “No I didn’t, but the missus did!” 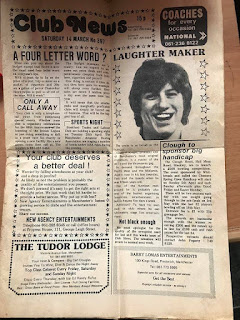 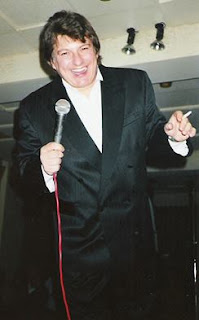 Moreover, Maxton G. Beesley had just won Hughie Green’s Opportunity Knocks and needed a topical script to perform on the all-winners show. Harold Wilson was prime minister at the time, and we were on a three day week, so we did a reworking of The Lord’s Prayer. “Our Partners, who art in Brussels, Harold be my name, prime minister be my game, give us this day, our threshold pay, lead us not into inflation, but deliver us from evil and send us some petrol, oh yes! And send us some diesel... 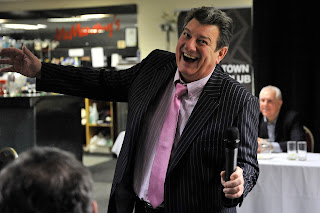 Towards the late 70’s, I formed a comedy band to accompany me round the clubs. We named them way Smelly Kelly & The Subway Sniffers. One night, the drummer had inadvertently locked the keys in his car and we couldn’t get the bass player out! The drummer had three daughters. He named them: Anna One, Anna Two and Anna One-Two-Three-Four. Some musicians couldn’t read music; this band couldn’t read the lyrics! The keyboard player thought that a semibreve was a dwarf with asthma, whereas the bass player thought that a crotchet was summat you put down your underpants. 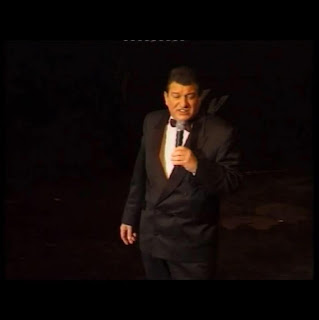 I worked a club in Halifax, Yorkshire one night and the concert secretary asked me if I had a good memory for faces, when I asked him why I would need to have, he replied “Someone’s nicked the mirror out of the dressing cupboard!” 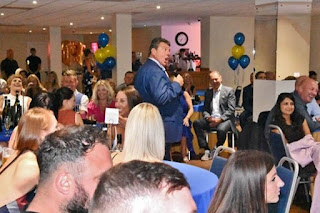 I had to change a light bulb yesterday. A bit later on I crossed the road and walked into a pub. My life has become one big joke! For more BIG jokes, just visit my website www.ComedianUK.com or email me comedianuk@sky.com Now, get back to work! 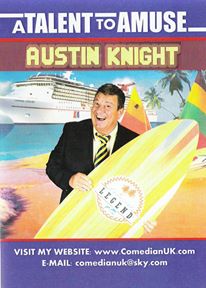