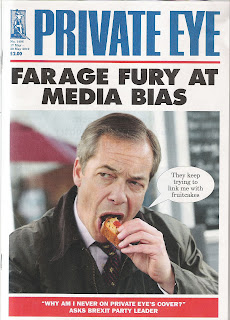 Apparently, Happy Harry Hooper was in Crown Court for allegedly molesting a six foot tall Latvian lady of the night. Although, Harry stands only 4'2" tall. The judge, in summing up sez: “As I understand, the offence was committed in a standing position. Forgive me, but how did he reach?” The lady said, “He used a bucket, M’Lord.” Appearing quite perplexed, the judge replied, “But surely, you could have kicked the bucket away?” She answered, “He put the bucket on my head and swung from the handle.” 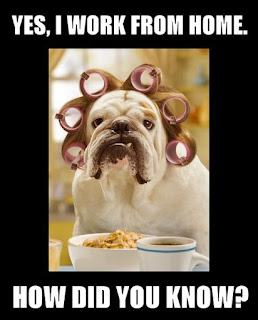 Worked in Stratford upon Avon last week and sauntered into a bookshop. I sez to the assistant: “Could I have a play by Shakespeare.” She replied: “Which one?” I sez: “William.” Stoopid people, eh! They walk among us!

When the missus gets out of bed, she likes to put on a school uniform with shorts, a school boy cap and speak in a Scottish accent. She’s always a little Krankie in the morning...

I sez to the window cleaner, "Because I caught you peeping at the missus through the bathroom window, I'm confiscating your ladders. And if I catch you doing it again, further steps will be taken"....

You’ll always miss 100% of the shots you fail to take, and statistically speaking, 99% of the shots you do take. On that basis, is a leading authority anyone who has guessed right more than once? So where does this leave Theresa May? If she listened to herself more often, she would talk less. 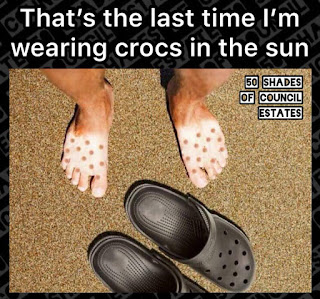 Yesterday afternoon, the missus called me on my mobile phone. "I've broken down in Tintwistle. I have water in the carburettor." she opined. "Where’s the car?" I asked. She sez, "It’s in the reservoir." When I got there she’d dipped the headlights as well. Oh, and now I know that the airbag works!

Eavesdropping is a wonderful pastime. In my local pub, The Pit Bull & Stanley Knife, I overheard Barmy Albert and Non-Stick Nora’s conversations become increasingly surreal. She sez to him the other day: “I keep seeing spots before my eyes.” Albert asked her if she’d seen a doctor. She replied: “No. Only spots....” Then yesterday, Albert asked her if she liked Tolstoy. She wholeheartedly agreed that she did. When Albert pressed her on which story was her favourite, she curtly informed him: “The one where Woody is kidnapped and Buzz desperately tries to save him!” 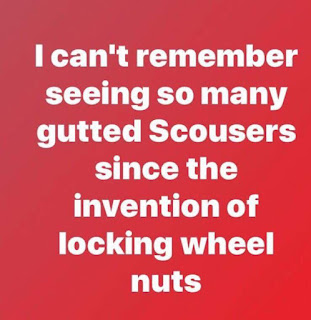 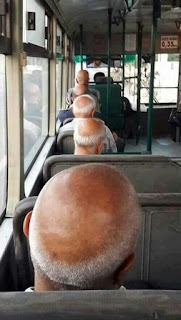