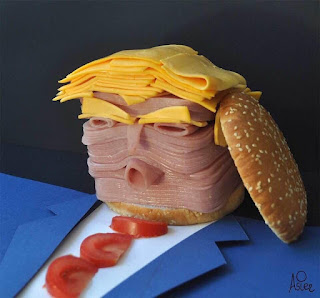 A woman walks into the Liverpool benefits office, trailed by 15 kids... 'WOW,' the social worker exclaims, 'Are they ALL yours? 'Yeah they are all mine,' the flustered mother sighs, having heard that question a thousand times before. She says, 'Sit down Terry.' All the children rush to find seats. 'Well,' says the social worker, 'then you must be here to sign up. I'll need all your children's names.' 'This one's my oldest - he is Terry.' 'OK, and who's next?' 'Well, this one he is Terry, also.' The social worker raises an eyebrow but continues. One by one, through the oldest four, all boys, all named Terry. Then she is introduced to the eldest girl, named Terri. 'All right,' says the caseworker. 'I'm seeing a pattern here. Are they ALL named Terry?' Their Mother replied, 'Well, yes-it makes it easier. When it is time to get them out of bed and ready for school, I yell, 'Terry!' An' when it's time for dinner, I just yell 'Terry!' an' they all come runnin.' An' if I need to stop the kid who's running into the street, I just yell 'Terry' and all of them stop. It's the smartest idea I ever had, namin' them all Terry.' The social worker thinks this over for a bit, then wrinkles her forehead and says tentatively, 'But what if you just want ONE kid to come, and not the whole bunch?' 'Well then, I call them by their surnames!'

Yesterday, I spotted Barmy Albert sauntering through Stalybridge, wearing a Hi-Viz jacket and camouflage trousers... Make your mind up Albert! 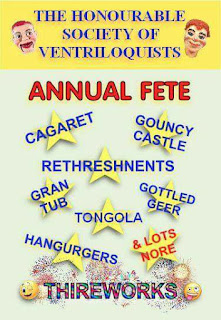 I arrived home from a gig late last night and the missus had left a note on the fridge. It said, 'It's not working, so I've gone to my mothers'. I opened the fridge, got a can of Stella out and it was chilled to perfection.

Thought for Thursday: Fame is limited to 15 minutes. Infamy is timeless and love is eternal. 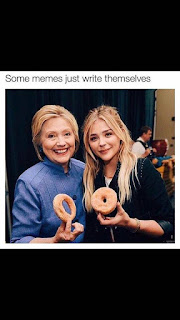 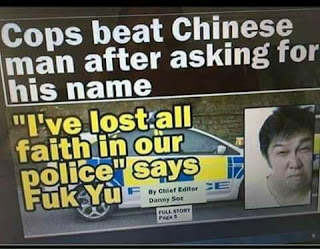 They say there's a moronic cretin in every group of friends. However, I'm quite fortunate because all mine are just the nicest folk. Hang on a minute! 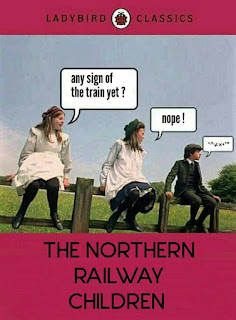 On a recent visit to Tameside Hospital, I noticed a sign on the maternity room door, which bore the legend: "Push – Push - Push." Fascinating! 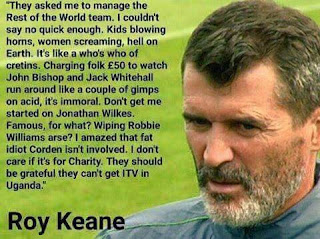 Being attacked by butterflies? Take a break from the fresh air of outdoors and enlighten yourself and broaden your parochial horizons by reading my gloppy column. Then you can tell all your pals about my Jokey-Blog! Just click on www.ComedianUK.com and follow the link. Oh, don't forget to warn them about the attacking butterflies while you are at it. 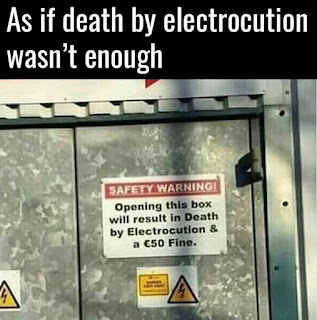