Return of the man, who never came back.... 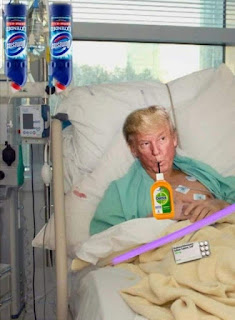 I wrote this hilarious gag about Coronavirus yesterday, it was so funny that I was going to include it in this week’s column. However, the chances are that 98% of people won’t get it!

Now that I’ve been categorised as ‘unviable’ by the government, I’ve been trying a few different concepts in order to survive. Last weekend, I released my own fragrance.  I thought it was reet gradely, but the other passengers in my car didn’t appreciate it and wound all the windows down.

Last year, I went to have my eyes checked and the optician reckoned I've got 2020 vision!  You’d have thought I’d have seen this Covid lark coming then!

Richi Sunak has stated that as all us showbiz folk are no longer viable, then he has advised a total change of career.  With this in mind, I went on the Gov.uk website and entered my skills and career details and it came up with an alternative job description that would be suitable for yours truly. It informed me to move into: - Performing Arts, broadcast and media publishing and journalism!  Who’d a thowt it!

Of course, with a soupcon of imagination, one could incorporate a domestic and a showbiz career together. For instance, a singing window cleaner could work under the name of Chamois Davis Jnr. In the old days, Scousers didn’t appreciate Mancunian entertainers, so I changed my name whenever I worked in Liverpool to Ringo Shankley. But dee do dat doe don’t dey? 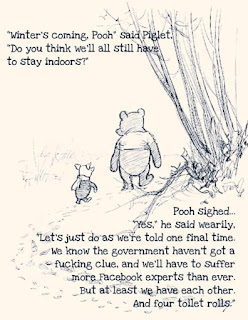 The way things are going, at the end of the month on Halloween, all the kids are gonna be knocking on your door and shouting “Track or Trace!”

I was watching Donald Trump and Boris Johnson on telly the other night.  It was riveting viewing and I honestly reckoned that they both seemed to be talking a lot of sense. Then it dawned on me that I was actually watching ‘Spitting Image!’

Donald Trump has announced that folk who cannot get to the gym because of the present pandemic lockdown self isolation scenario can inject themselves with Mr Muscle...

Q) What do Man Utd, Prince Andrew and Black Eyed Peas all have in common?

A) They’ve all been useless since Fergie left.... 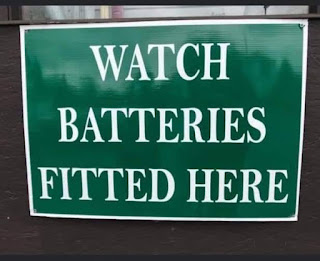 The other day, I was walking past a park bench, or as they're now called, a Scottish theme pub...

Non-Stick Nora asked Barmy Albert what he'd been up to in the shed all afternoon. Albert sez: "I've made a papier mâché model of Mount Everest." Nora replied: "Is it to scale?"   Albert sez: "No. Just to look at...."

Breaking News: Nellie the Elephant has tested positive for Covid 19 virus. When she was asked where she thought she might have picked it up from, she replied:- “TRUMP, TRUMP, TRUMP!”

Travel does indeed broaden one’s horizons. Last year, when I visited Taiwan, I bought a pair of shoes. Imagine my surprise, when I looked underneath on the sole and it said: 'Made Round The Corner'. Fascinating!

Hands ~ Face ~ Space can all be improved by exercising your guffaw glands by simply reading my hilarious weekly column featured  in this esteemed organ. Now assume a comical position and strike da pose dude. Then visit my website www.ComedianUK.com.  You can email me: comedianuk@sky.com   Wahay! 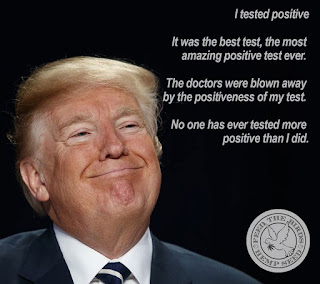