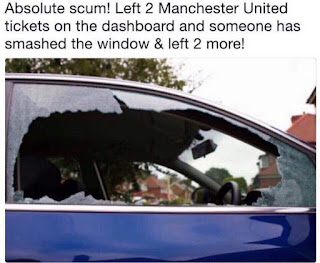 We were in the Pitt Bull & Stanley Knife pub last night when Barmy Albert turned up in the most embarrassing shirt you have ever seen. "Cost me fifty flamin’ quid this!" he opined, as we all continued chortling. "I hope you kept the receipt" I said with a smile. "Too right!" he replied, "First thing tomorrow, this is going straight back to the Man United Club Shop."

Denis Law was interviewed recently on Talk Sport and the presenter asked him if the team from his day would beat the present squad. He replied: “Yeah, about 1 – 0, I reckon.” The interviewer sez: “Why so close a score?” The Lawman replied; “Well, we’re all in our seventies now....”

Scouser in a bookshop:"Excuse me, I'm looking for a book about Liverpool FC in the Premier League." Assistant:"No title?" "Yes that's the one."

At the end of Corrie, it just sez: "If you have been affected by any of the issues in this programme, then please ring this number." But I couldn't, because I’ve been operating as a loan shark, after I had murdered the original loan shark and I'm now running a money laundering operation by selling junk furniture. I’d effectively be grassing myself up. HELP! 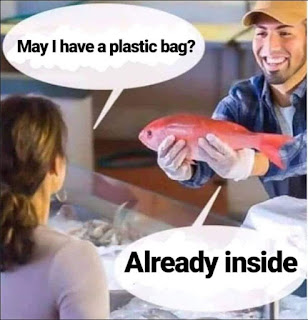 BIG MISTAKE! Returning from a gig in Sutton Coldfield, I really should have exited the wretched M6 at junction 14. Junction 15 was shut. Instead, I endured a grand detour of the UK tarmacadam infrastructure (With the entire 1,000+ strong Eddie Stobart fleet for company) only to be re-routed @ J17, to face a 50 mile per hour limit until my exit Junction 19 (A556) Knutsford, which was also CLOSED!! Shurely shome mishtake? After a further circuitous route, I limped onto the M60 at 3-30 am, only to find that it was also closed at Junction 7! After a further divergence, I had been on the road for a staggering six hours! Was I angry? Undoubtably, YES!! That was until Radio 2 played the Roy Orbison song: 'I Drove All Night'. It was then, I started laughing inanely like an unhinged banshee and in mitigation, Your Honour, that was when the police traffic unit stopped me..... 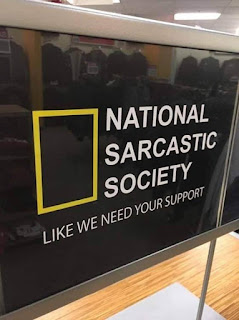 I overheard a mother talking to her kid in Tesco and she asked the child: “What are the two magic words to use to get what you want in life?” The kid thought for a moment and replied: “I’m offended ...”

If we are not supposed to eat late at night, why is there a light in the fridge ? 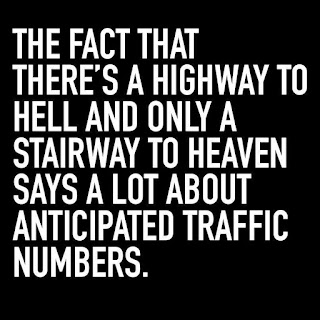