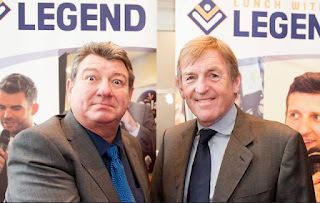 Finally Extinction Rebellion has got payback for its dastardly deeds! A protestor called Tarquin glued himself to a road in Toxteth, Liverpool and was relieved of his watch, wallet and mobile phone!

Whenever someone is murdered, the police always investigate the spouse first.  This pretty much explains everything you need to know about marriage.

Taking the above into account, the wife has been missing for well over a fortnight now and the police came to my house last night, to tell me the bad news, So I’ve had to go to the charity shop to get all her clothes back! 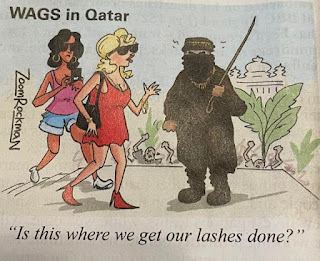 We had a bit of an argument when she noticed that our new neighbours are so madly in love. She told me “He strokes her hair and constantly kisses and hugs her.”  And then sez: “Why don’t you do that?” I replied: “Because I don’t know her that well yet...”  That’s when the fight started!

Just because you have green fingers doesn’t necessarily mean that you’re a good gardener.  You could be just a lousy painter.  However, you should never tell any secrets in the garden, because the potatoes have eyes, the corn has ears and the beanstalk! 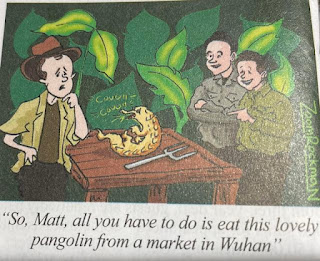 I sincerely hope that the richest man on the planet, namely Elon Musk never gets himself into a scandal, because, Elongate would be really drawn out...

Barmy Albert walked into the bedroom and encounters Non-Stick Nora packing a suitcase. He asks her where she’s going. She replies: “I’ve heard that in

New York, high class call girls get £300 doing what I do for you for free!”  Albert starts packing his own suitcase and Nora asks him where he is off to.

Arrived home last night to discover a voluptuous young woman grouting my bathroom wall whilst singing “It’s a heartache, nothing’ but a fools game.”

I thought to myself: “She’s a bonny tiler.”

Thanks to all the folks that told me that it’s okay to allow your pets to sleep on your bed.  My goldfish is now dead! 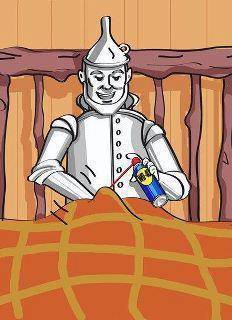 When I was a little kid, my parents would always say: “Excuse my French.” Immediately after using a swear word.

I’ll never forget my first day at school when the teacher asked if any of us in the class knew any French....

Innit awful gerrin auld!  I’d been in bed for twenty five minutes when I realised that I’d only gone upstairs for my book!

I have Sooty and Sweep puppets if anyone wants them. Don’t want anything for them; I’m just looking for someone to take them off my hands.

Marshal Dillon told him, "Chester, just go out back to the stable and shovel horse manure for a while. That’ll take care of it." Chester did so but soon, Miss Kitty walked past. "Chester? Why are you out here so early this morning?"

Chester replied, "Well, Miss Kitty, you see, I woke up this morning with a huge hard on and I didn’t know what to do with it so Marshal Dillon told me to come out here and shovel manure a spell."

Raising her dress enough to expose herself, Miss Kitty exclaimed, "Well, why don’t you just stick it in here, Chester?" 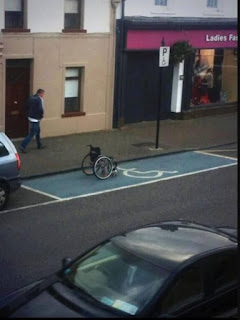